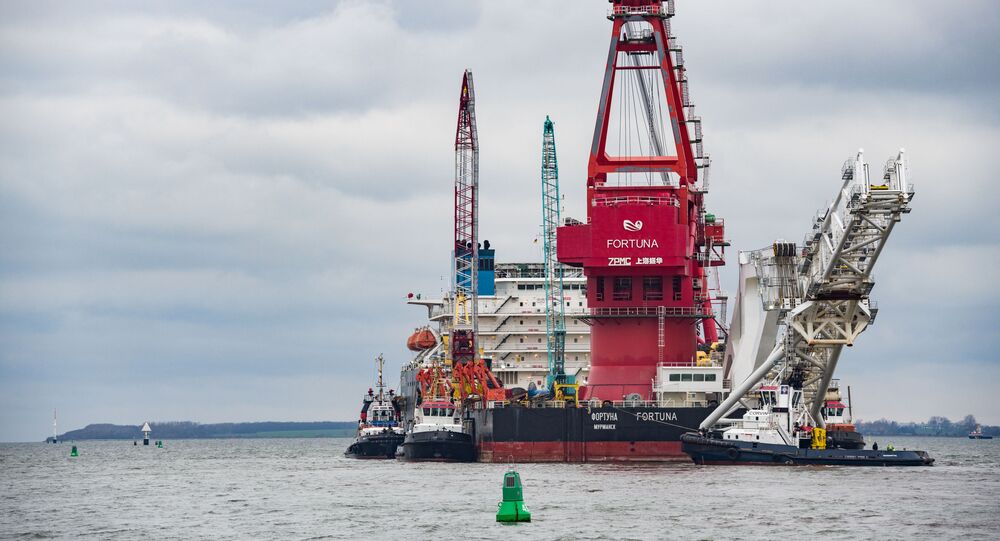 Despite all the pressure and sanctions imposed by Washington, the construction of the project is coming to its conclusion, as the first leg of the pipeline had been completed, Russian President Vladimir Putin announced earlier this month.

Ukrainian President Volodymyr Zelenskyy stated that Kiev will continue its fight against Nord Stream 2 regardless of the stance of European countries on the project.

Nord Stream 2 is a 745-mile-long pipeline that is now more than 95 percent complete and it is currently being prepared to be tested for launch. The pipeline is expected to be able to carry up to 1.9 trillion cubic feet of gas per year from Russia directly to Germany under the Baltic Sea, passing through Danish, Finnish, and Swedish waters.

The project has been met with opposition from the US, as well as from Poland, Ukraine, and the Baltic countries, which claimed the pipeline was threatening European energy independence. As a result, Washington imposed several rounds of sanctions on companies involved with Nord Stream 2.

Russia, Germany, and other European countries slammed the US' allegations as a part of unfair competition, adding that all the adversaries of the Nord Stream 2 were just trying to secure their own economic interests at Europe's and Russia's expense.

Russia and Germany, along with other European countries, slammed the US' allegations as part of unfair competition, adding that all the opponents of Nord Stream 2 were just trying to secure their own economic interests at Europe and Russia's expense.