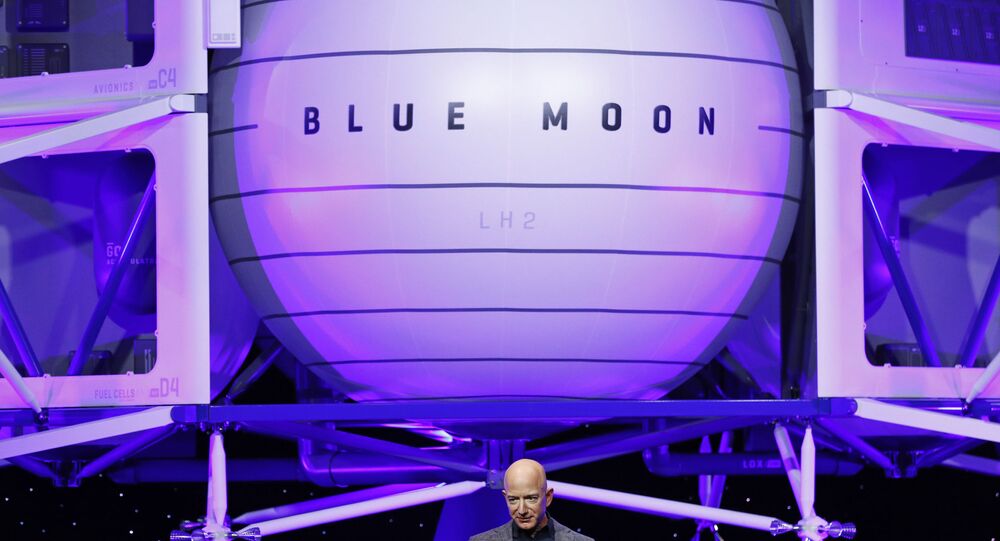 The name of the lucky cosmic tourist will be announced soon, but for now, all we know is that he - or she - surely does not mind paying a fortune for a dream trip to the stars.

A mysterious individual has paid at least $28 million in an auction, winning a seat on a spaceship alongside billionaire Jeff Bezos, according to the Daily Mail.

In total, four people will be crewing the spaceflight of Bezos' Blue Origin rocket company - the Amazon founder himself, his brother Mark, the lucky winner, and one more person who is also to be announced in the future. According to some reports, it might be a Blue Origin employee.

They will be travelling on the New Shepherd rocket at a speed of 2,000 mph and will ascend 62 miles (almost 100 km) above the surface of the planet - while according to NASA, the atmosphere ends at the point of 50 miles above Earth. Their trip will take place on 20 July, on the 52nd anniversary of the Apollo 11 moon landing, and will last 11 minutes.

The Blue Origin has already completed 15 flights, but all of them have been unmanned.