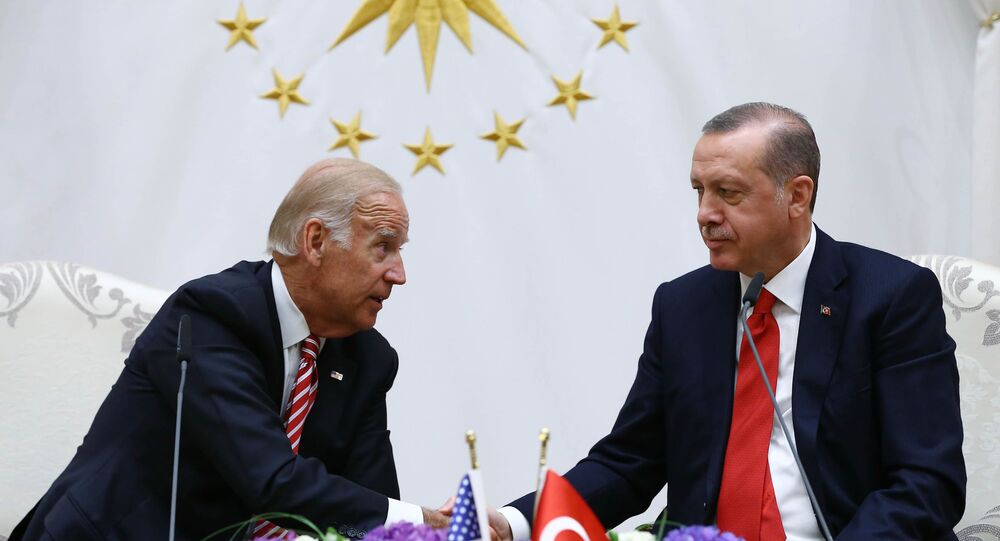 "... they will talk about Afghanistan and, in particular, how we ensure that our embassies can stay in a safe and secure way in Afghanistan to be able to do all the things that we want to do in providing for the Afghan government and security forces and people," Sullivan told reporters aboard Air Force One on Sunday.

He said that the US-Turkey relationship has some challenges, including human rights-related issues, that need to be discussed, as well as political and economic topics.

Biden will talk to Turkey’s Erdogan about: Afghanistan and how ensure embassies can stay there safely; Syria and humanitarian access; Libya; the eastern Mediterranean; Russia; China, @JakeSullivan46 told us.

Biden prepared to talk with him about Armenian genocide? “Yes.” pic.twitter.com/s4jtaOj9Q1

Milan Uhrik, who is a member of the delegation to the EU-Turkey Joint Parliamentary Committee and the delegation for relations with the US with the European Union, told Sputnik that during his meeting with Erdogan, Biden is expected to try to sway his stand on controversial issues, including Russian S-400 air defense systems, but is unlikely to be successful.