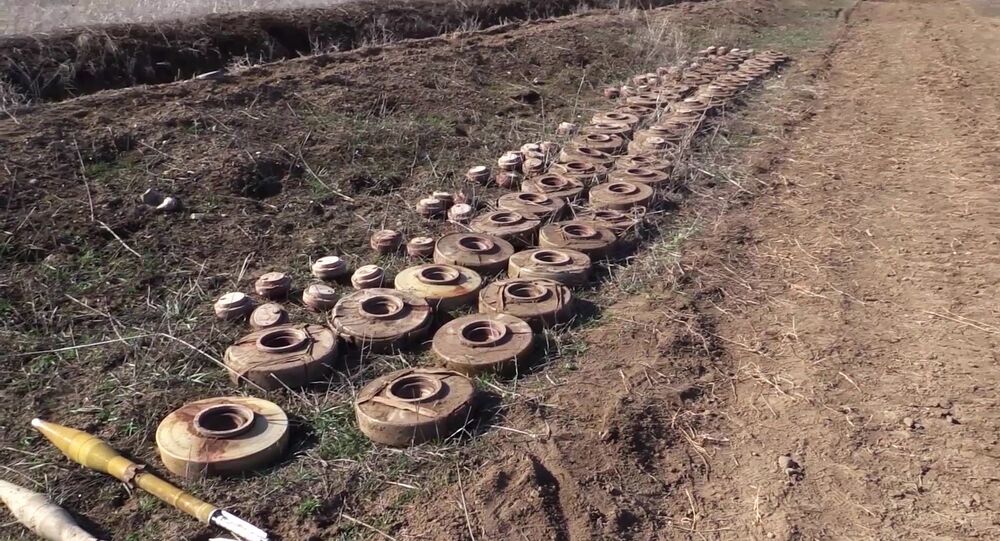 YEREVAN (Sputnik) - Yerevan has provided Baku with a "substantial, but small" portion of maps showing mines planted during the war on the eastern borders of the unrecognised Nagorno-Karabakh Republic, Acting Armenian Prime Minister Nikol Pashinyan said on Sunday.

Earlier this week, the Azerbaijani media, citing the country's Foreign Ministry, reported that Baku had returned 15 Armenian soldiers to Yerevan in exchange for maps of 97,000 mines planted in the Agdam region. Speaking at a campaign rally in Armenia's Gegharkunik Region ahead of the general election, Pashinyan confirmed the exchange.

On Saturday, Russia and the United States welcomed Azerbaijan's decision to hand over 15 soldiers to Armenia in exchange for maps.

The release of the Armenian soldiers took place on the Azerbaijani-Georgian border with the assistance of Tbilisi officials.

The conflict between Azerbaijan and Armenia over the disputed region of Nagorno Karabakh re-emerged in September of last year. A Russia-brokered trilateral declaration of ceasefire in November put an end to the hostilities. Nonetheless, a range of issues between Yerevan and Baku, such as border demarcation, exchange of prisoners of war, and leftover landmines, remained unresolved.