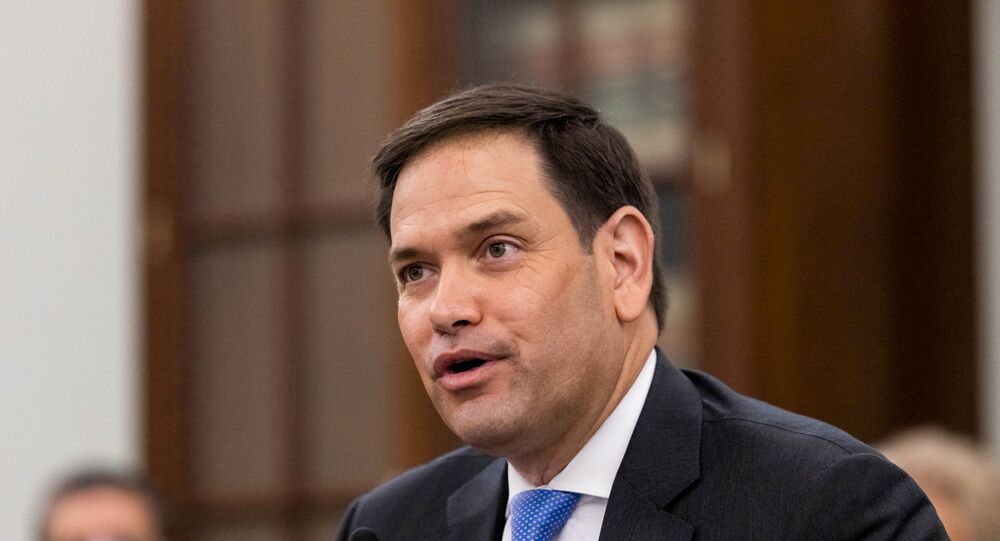 According to the Republican senator, Iran is just "days away" from delivering missiles and attack vessels to Venezuela, so the US president should not trade in the urgent need to resist Tehran for his supposed desire to revive the 2015 Iran deal, which ex-president Donald Trump abandoned in 2018.

The Iranian military confirmed that the warships did cross the ocean, but did not elaborate on the purpose of their voyage. Media claimed the ships were carrying fuel and weapons destined for Caracas.

"Biden shouldn't allow desperation to salvage the Iran deal to keep him from confronting this forcefully", Rubio tweeted on Saturday.

Biden shouldn’t allow desperation to salvage the Iran deal to keep him from confronting this forcefully pic.twitter.com/f3qZubJQ27

​Following media reports, the US government swiftly expressed concerns that Venezuelan leader Nicolas Maduro was buying military equipment from Iran. Politico quoted unnamed officials as saying that the US administration was urging countries in the Latin America region, including Venezuela and Cuba, to turn away the ships.

Maritime expert Sal Mercogliano also told The Daily Mail that one of the two Iranian warships could be carrying up to three million gallons of fuel for Venezuela.

© REUTERS / MAXAR TECHNOLOGIES
Iranian naval ship, the Makran, is seen near Larak Island, Iran, in this satellite image taken on May 10, 2021

"She is loaded down to the gills. She is obviously loaded with fuel but much more fuel than what's needed", Mercogliano alleged concerning the Iranian military oil carrier Markran.

Washington has long been putting economic pressure on both Tehran and Caracas, which it considers "undemocratic regimes" threatening regional security. The sanctions introduced by the United States against Venezuela also include a ban on weapons sales and oil shipments to the Latin American country.

It is, however, unclear if the US' discontent would have any legal consequences for the country, since the UN has not approved a ban on arms sales to Caracas, and the one that could affect Tehran expired in 2020.