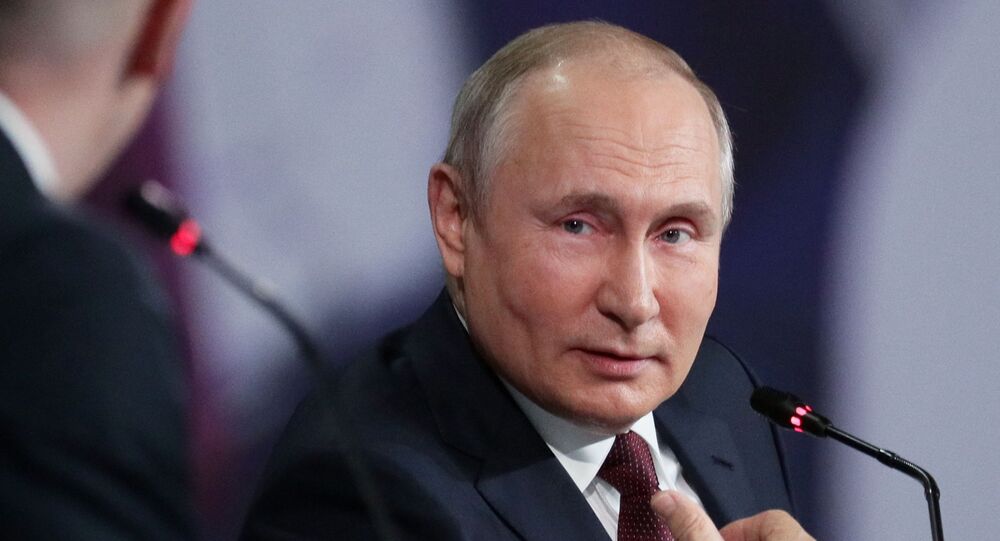 MOSCOW (Sputnik) - The Kremlin is aware of US President Joe Biden's plans to hold a solo press conference in Geneva after a meeting with Russian President Vladimir Putin, Kremlin spokesman Dmitry Peskov told Sputnik, adding that the Russian president would also talk to the media unaccompanied by his American counterpart.

The statement was announced after Bloomberg reported, citing a White House spokesperson, that president Biden will hold a press conference by himself after the meeting with his Russian counterpart.

According to the White House official, a conference in such a format would be most suitable.

The Putin-Biden summit is expected to be held on 16 June at Villa La Grange in Geneva, Switzerland. It will be their first meeting since Biden's inauguration.

Putin noted that he and his US counterpart need to find ways to mend relations between the two nations during the talks in Geneva, as they will likely discuss strategic stability, the settlement of international conflicts, and the joint fight against terrorism.