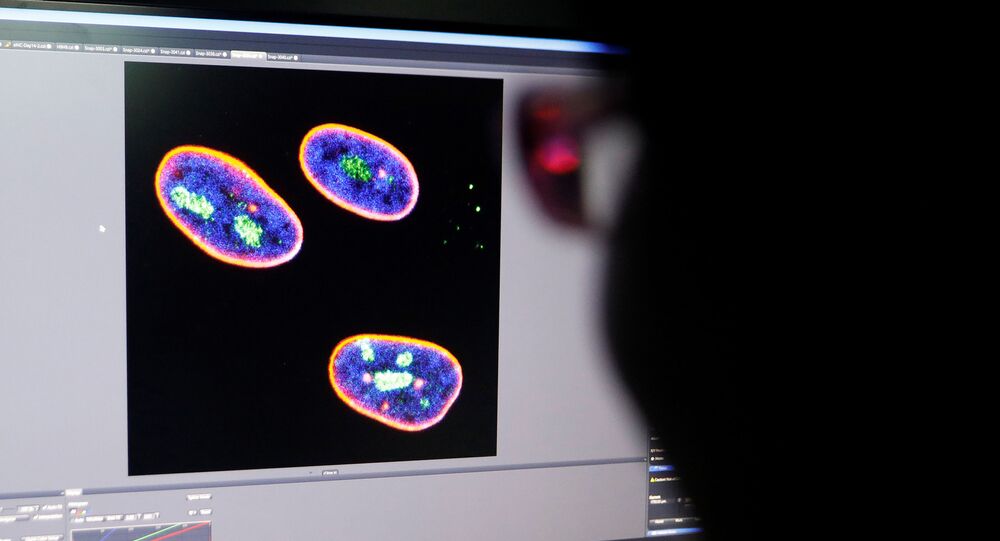 The news comes amid heightened attention over the origins of the infectious disease, which according to John Hopkins University, has killed 3.7 million people worldwide. Initially, scientists brushed aside allegations that SARS-CoV-2 was a man-made virus as conspiracy theories.

While the international community is yet to gain the upper hand in the fight against COVID-19, Chinese scientists say they have discovered a new batch of coronaviruses similar to the infectious disease that has been ravaging the world.

According to their study, researchers collected samples of urine, faeces, and saliva from small bats that lived in the forests of Yunnan Province between May 2019 and March 2020. They assembled 24 novel coronavirus genomes, including "four SARS-CoV-2-like" diseases.

Scientists write that one strain of the virus discovered in the bat species Rhinolophus pusillus had a striking resemblance to SARS-CoV-2, although there were differences in spike proteins, which are used to attach to cells they infect.

Researchers note their discovery demonstrates that viruses related to COVID-19 continue to circulate in bat populations and in some regions "may occur at a relatively high frequency".

The news comes amid heightened attention over the origins of the infectious disease that has so far infected 175 million and killed 3.7 million (number provided by the Johns Hopkins University). At the beginning of the pandemic, scientists said the virus originated in bats, jumped on an intermediary animal (most likely a pangolin), and then to humans.

As the pandemic swept more and more countries, allegations started appearing that the outbreak began due to a leak in a laboratory in Wuhan, where the first known cases of COVID-19 were reported. These claims were supported by several high-ranking US politicians, ex-Secretary of State Mike Pompeo and former President Donald Trump, who accused Beijing of a cover-up and called for an international investigation.

Chinese officials, for their part, alleged that COVID-19 patient-zero came from the United States, claiming the virus may have originated at a US military base in Maryland that hosts the nation's biological defence programme.

The majority of scientists dismissed the allegations of a Chinese lab leak as wild conspiracy theories and misinformation. The World Health Organisation too rejected the allegations, saying in a report, written with Chinese scientists, that it is "extremely unlikely" COVID-19 was man-made.

At the end of May, The Wall Street Journal wrote, citing previously undisclosed documents written by US intelligence, that three employees of the Wuhan Institute of Virology sought medical care for a disease similar to COVID-19, three weeks before Chinese authorities reported the first case of COVID. There has since been a change in attitude towards the lab leak scenario, with several officials voicing regret that the international community did not pay attention to this hypothesis.

The same month, the Biden administration announced a new probe into the origins of COVID-19. The move prompted a rebuke from Beijing, which accused Washington of "political manipulation” and said the White House "does not care about facts and truth, nor is it interested in serious scientific origin tracing".