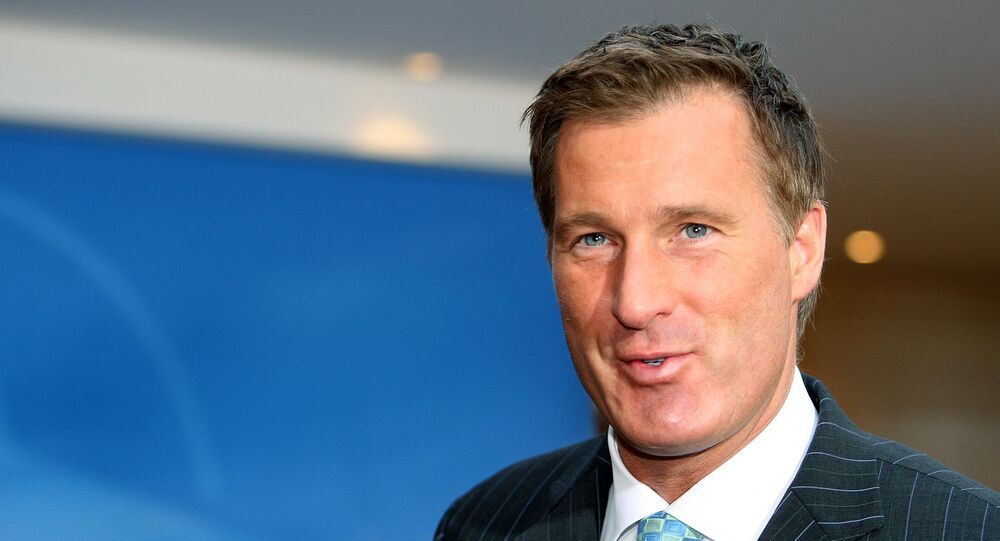 WASHINGTON (Sputnik) - The leader of the People’s Party of Canada (PPC) Maxime Bernier has been arrested by the federal police force for violating Manitoba’s provincial coronavirus-related restrictions.

A video posted to the politician’s Twitter account on Friday afternoon showed Bernier being placed under arrest by the Royal Canadian Mounted Police (RCMP) in the rural village of St-Pierre-Jolys, Manitoba.

“Bernier, a political leader, was wrongfully arrested on charges that violate his constitutional rights as a Canadian citizen,” the PPC said in a fundraising letter later in the day, although the letter did not specify the charges the politician faces.

Canada’s former foreign minister, who has vehemently opposed the country’s stringent pandemic-induced restrictions, is currently in the middle of his “Mad Max” tour of Manitoba, as the province remains largely in lockdown amid a battle with the so-called third wave of the coronavirus pandemic.

Bernier was warned of the consequences of going forward with his planned rallies by Mike Leblanc, the manager of the Health Protection Unit within Manitoba’s Department of Health, however, went ahead with the events citing the need to counter the restrictive measures.

While countries around the world continue to loosen public health restrictions with vaccination rates on the rise, much of Canada remains in lockdown, spurring allegations of violations of Canada’s Charter of Rights and Freedoms from some political forces, including the PPC, and civil liberties advocates.