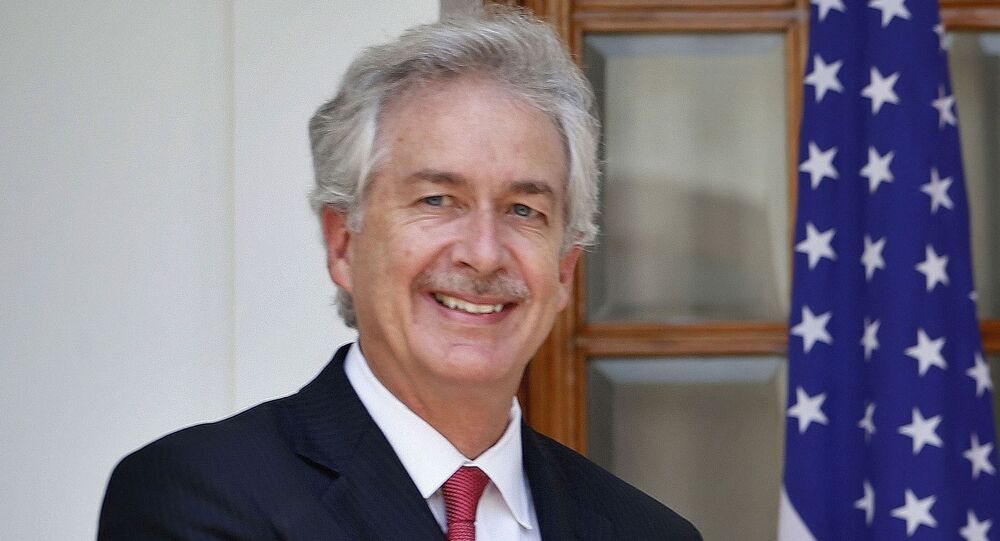 WASHINGTON (Sputnik) - US President Joe Biden has been prepared for the upcoming meeting with Russian President Vladimir Putin by CIA Director William Burns, who is an advocate of the Cold War containment strategy against Moscow, Time magazine reported on Friday, citing senior administration officials.

Burns is a career diplomat, who among other things served as an ambassador to Russia from 2005 to 2008 and worked under then-Secretary of State James Baker during the fall of the Soviet Union in the early 90s.

The preparations are said to go on during Biden's daily intelligence briefings, with the US president preparing to show toughness during the approaching sit-down.

The news outlet highlighted the important place the recent hacking attacks against US networks, which many in Washington link to Moscow, occupy in the mind of Biden and his team, as one of the proposed negotiating strategies is to remind the Russian leader of the US' own cyberwarfare capabilities and the potential threat to Putin's alleged overseas assets.

At the same time, the magazine notes that the American president's main goal is to prevent escalation in cyberwarfare and to stabilize relations between the two countries.

The Russian and American presidents are scheduled to hold a summit in Geneva on 16 June.