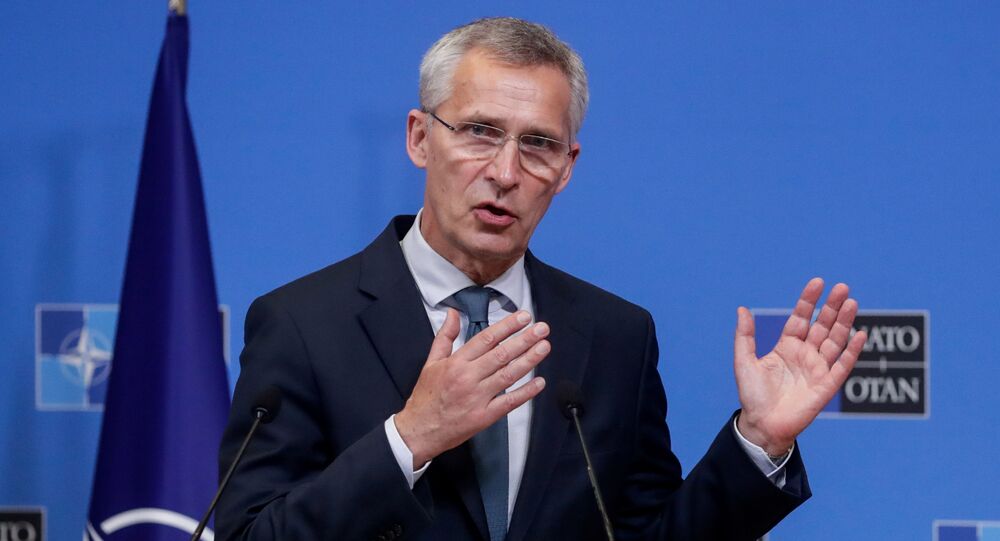 Stoltenberg: NATO Ready to Cooperate With Russia Through Existing Channels of Communication

Leaders of NATO member states are expected to gather in Brussels on 14 June to approve a new strategy of the alliance and discuss Russia, China, and potential threats to the bloc in the coming decade.

NATO is ready to cooperate with Russia through existing communication channels, NATO Secretary General Jens Stoltenberg announced on Friday, just days ahead of a major summit.

Stoltenberg told reporters that Moscow has so far not affirmatively responded to NATO's proposal of holding a Russia-NATO Council meeting.

On Monday, the bloc's head similarly said that NATO was interested in dialogue with Russia and was still expecting a response from Russia regarding a meeting. Russian Deputy Foreign Minister Alexander Grushko previously stated that Russia was not avoiding dialogue with the alliance and, on the contrary, it was NATO that does not wish to accept Moscow’s offers on de-escalation and the resumption of military contacts.

Stoltenberg's latest comments come ahead of the upcoming NATO summit that will take place in Brussels on 14 June. The participants are expected to discuss Russia, China, and other challenges facing the bloc in the decade to come.