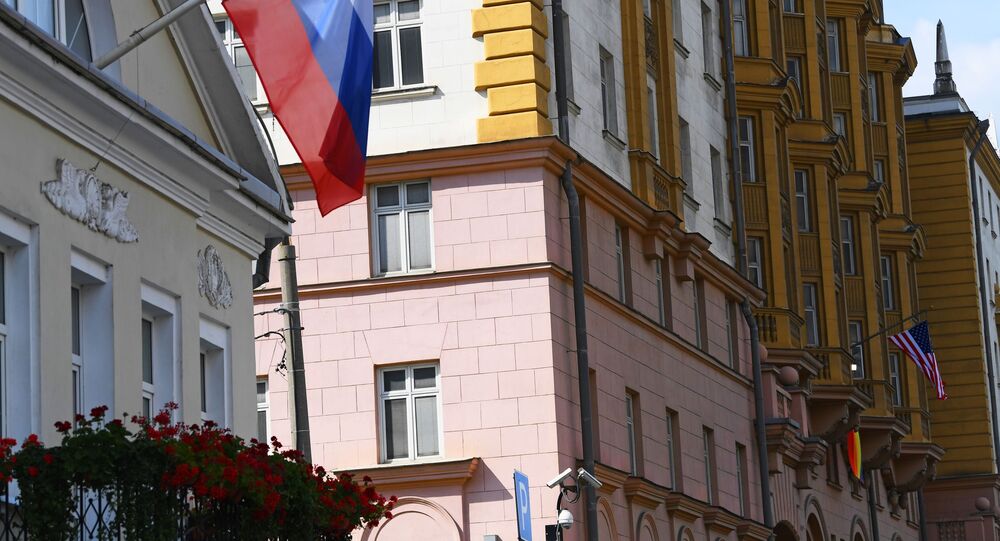 MOSCOW (Sputnik) - The US Embassy in Moscow has issued a diplomatic note to the Russian Foreign Ministry to protest the lack of access to Trevor Reed, a former US marine who is currently serving a prison sentence in the country for assaulting police, the diplomatic mission's chargé d'affaires, Bartle Gorman, said on Friday.

In late May, Reed contracted COVID-19 behind bars. The Moscow Federal Penitentiary Service recently told Sputnik that the US citizen had fully recovered and was discharged from a prison hospital.

"On June 10, following 16 days without consular access to imprisoned U.S. citizen Trevor Reed, the U.S. Embassy in Moscow issued a diplomatic note to the Ministry of Foreign Affairs protesting our lack of access. Mr Reed, who was diagnosed with COVID-19 on May 25, has been repeatedly denied phone calls to his family or embassy personnel", Gorman said in a statement.

The diplomat added that Reed did not receive any of the letters his family had sent.

© REUTERS / Maxim Shemetov
Russia Must Release Former US Marine Trevor Reed, House Minority Leader McCarthy Says
"We are gravely concerned about his health. The facility where he is hospitalised has repeatedly refused to provide even a single update or piece of information about his health for more than two weeks. Our constant requests for access to our citizen and updates about his medical condition have been ignored, a clear violation of both the bilateral Consular Convention and the international Vienna Convention on Consular Relations", Gorman noted.

Reed was sentenced to nine years in prison in July 2020 for assaulting police officers who were called due to Reed's drunken row with two women in a Moscow street. Prosecutors said he assaulted the officers in their vehicle while they were taking him in for questioning, nearly causing a crash.