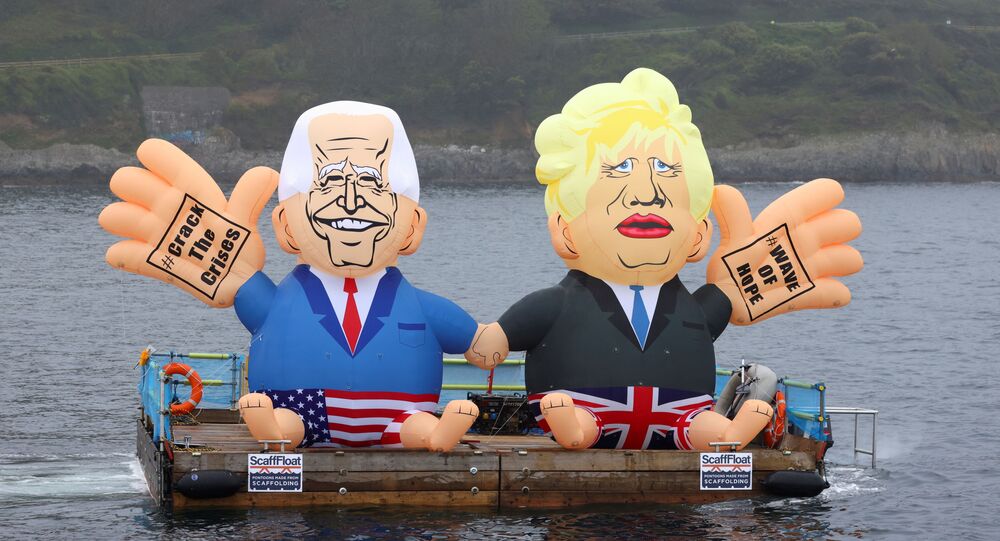 First Date Gone South: What Did Biden & Johnson Get Each Other in Transatlantic Gift Exchange?

From extravagant to questionable choices, sharing gifts with foreign dignitaries has never been a simple task – something that US and UK leaders don’t always get quite right.

US and UK heads of state have in the past shared various presents with one another, including a graffiti painting, silver cufflinks, a leather bomber jacket, a set of DVDs, and other offerings.

The latest round of gifting between US President Joe Biden and UK Prime Minister Boris Johnson at the G7 Summit in Cornwall included a bike and a framed photograph.

Biden gave Johnson a US-made bicycle and helmet in a nod to the PM’s love of cycling. In return, Johnson gifted the US leader with a framed photograph of a British mural depicting Black 19th century abolitionist Frederick Douglass.

The image was reportedly found by the Foreign Office on a Wikipedia page and then got printed to be gifted. This has triggered various reactions on social media.

​​Carrie Johnson, the wife of the British prime minister, received a silk scarf and a leather bag made by military wives, while Jill Biden, the US president’s spouse, was given a first edition copy of “The Apple Tree” - a collection of short stories by 20th century British author Daphne du Maurier

According to the UK ministerial code, if government ministers want to keep a gift personally, they are obliged to declare presents worth more than £140.

The US Constitution (Article I, Section 9) prohibits anyone in the US government from receiving a personal gift from a foreign head of state without the consent of Congress. However, US leaders traditionally exchange gifts as expressions of goodwill.