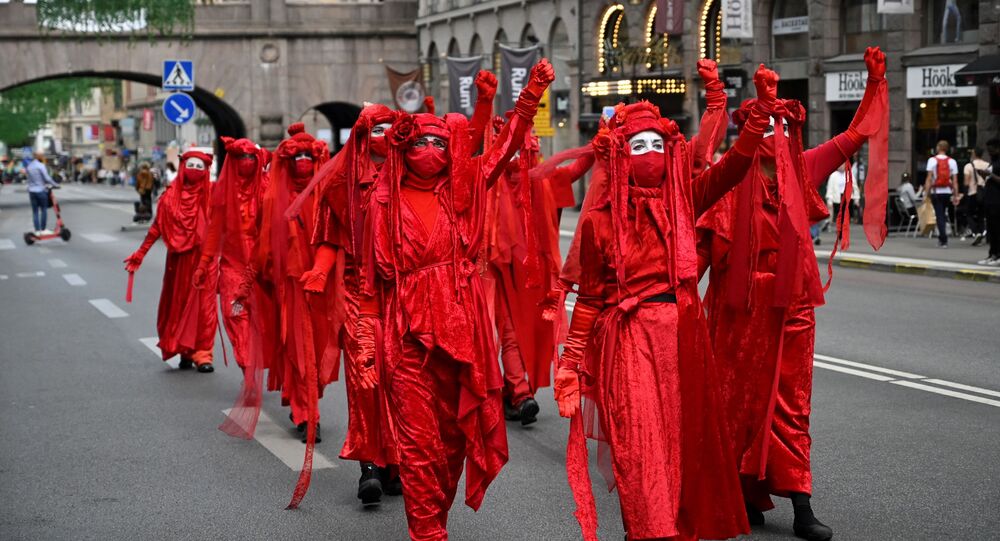 The organisation has scheduled a series of mass actions to be held over the course of the weekend in order to call on world leaders to fight environmental issues.

Sputnik is live from Cornwall, UK, where members of the environmental movement Extinction Rebellion are gathering for a rally in the town of St Ives as the G7 Summit begins on 11 June. The activists are expected to march through the town, calling for more climate justice and protesting against governments' inaction on climate issues.

According to the movement's official website, a series of mass actions will be held over the weekend.

The organisation was founded in 2018 in the UK, with activists describing it as a politically non-partisan international movement that uses non-violent direct action to persuade governments to act justly on the climate and ecological emergency. In 2019, its members brought central London and other main UK cities to a standstill with widespread demonstrations. The movement has not been in the streets since the first COVID-19 lockdown measures were imposed in March 2020. Yet, in September they gathered for several days in front of the British Parliament to request the passage of a Climate and Emergency Bill.