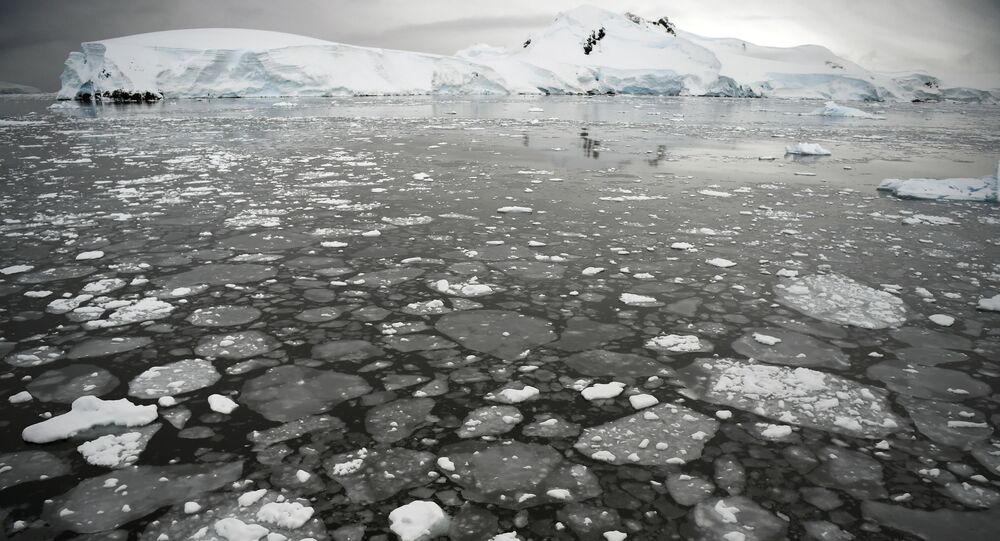 There Are Five Oceans on Earth Now, National Geographic Says

Six continents, four oceans… that’s what we all know from school and easy quiz questions, but some say there are five bodies of water on Earth. Will people happily accept this or will there be some backlash, like when Pluto was downgraded from a planet to a dwarf planet in 2006.

The National Geographic Society says it's time to recognise that there are five oceans on our planet.

The Southern Ocean, a body of icy water encircling Antarctica, will now officially join the Arctic, Atlantic, Pacific, and Indian Oceans on the maps made by the society – although the move is not recognised by everyone.

The decision was made in the wake of World Oceans Day celebrations on 8 June to reflect on what scientists, explorers, and geographers suspected for a long time – the waters around Antarctica are unique and cannot simply be thought of as extensions of the Pacific, Atlantic, and Indian Oceans.

Scientists have known for many years that the icy waters around Antarctica form a distinct ecological region defined by ocean currents and temperatures pic.twitter.com/AQJPKZwUNN

“The Southern Ocean has long been recognised by scientists, but because there was never agreement internationally, we never officially recognised it,” says National Geographic Society Geographer Alex Tait, who is tasked with keeping the Map Policy up-to-date.

Tait says that the society, which has been making maps since 1915, “always labelled it” but “slightly differently” than other oceans.

“This change was taking the last step and saying we want to recognise it because of its ecological separation,” the geographer says.

Defined by Current, Not Continents

Scientists are confident that the waters around Antarctica “form a distinct ecological region” which are defined by their unique Antarctic Circumpolar Current (ACC). Inside the current waters are colder and less salty, they say. The dense waters also help store carbon deep in the ocean, playing a huge role in how our planet’s climate and global circulation system work.

“Anyone who has been there will struggle to explain what's so mesmerising about it, but they'll all agree that the glaciers are bluer, the air colder, the mountains more intimidating, and the landscapes more captivating than anywhere else you can go,” says Seth Sykora-Bodie, a National Geographic explorer and marine scientist at the National Oceanic and Atmospheric Administration (NOAA).

The ecological boundary of the Southern Ocean follows a sinuous line around the Antarctic continent called the Antarctic Convergence or polar front pic.twitter.com/eFv7y2DqAQ

The National Geographic admits they have decided to update its list of oceans “without an official determination” from the International Hydrographic Organisation (IHO), an intergovernmental body that has been working with the UN to chart waters worldwide. The IHO simply couldn’t agree on the extent of this fifth ocean region and its name (although they did recognise the Southern Ocean in 1937 only to backtrack on this decision 16 years later).

Meanwhile, the US Board on Geographic Names has used the designation since 1999, and the NOAA recognised the Southern Ocean this February.

Peculiarly enough, the change has already been reflected in Google Maps – although it seems that this has been going on for several years now, according to many surprised social media users.

Map of the Southern Ocean, according to Google. http://t.co/47t2HAByMP pic.twitter.com/nzoQNPfETx

Quick study seah with my 10 yr old bout the continents and oceans. Why does this one map on Google say southern ocean? Wtf is that? 🌏🌍🌍🌍🌍🌍

Tait, who has been long pushing for the change, as he heard researchers and the media increasingly referring for the term Southern Ocean, is delighted: “It’s sort of geographic nerdiness in some ways,” he says.

If the alteration is finally recognised by everyone (although it’s not clear who has to make the final call), those compiling textbooks, maps, school and university programmes will have a lot of work to do.