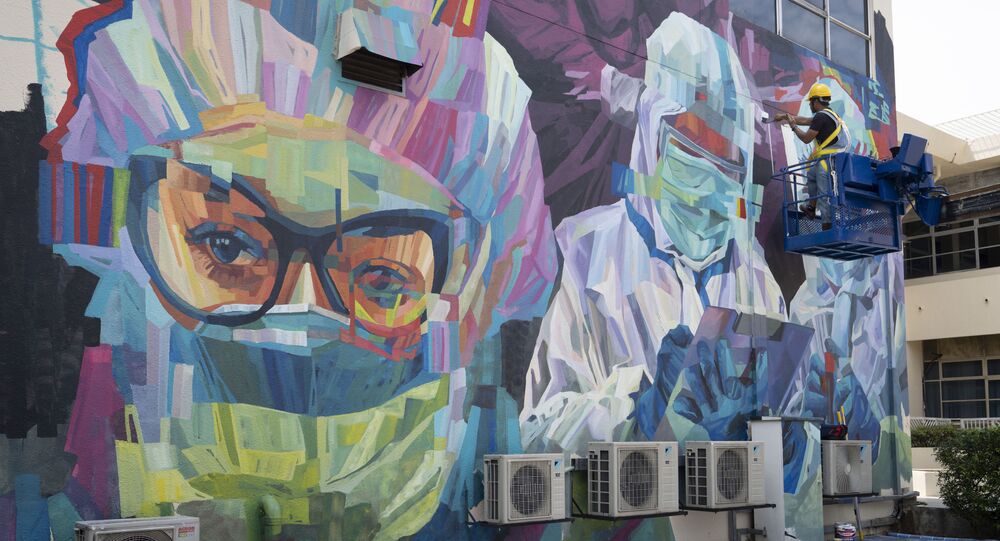 Although a report by the World Health Organisation on the origins of COVID-19 concluded it was "extremely unlikely" the virus escaped from a lab in the Chinese city of Wuhan, on 26 May US President Joe Biden set a 90-day deadline for intelligence officials to probe if the pandemic might have been the result of a “laboratory accident".

At the G7 summit in Cornwall, Britain, on 11-13 June, leaders of the world's seven largest so-called advanced economies - Canada, France, Germany, Italy, Japan, the UK and the United States – are set to back a renewed push for a “transparent” probe by the World Health Organisation (WHO) into the origins of Covid-19, according to a leaked document cited by Bloomberg News.

A draft communique for the meeting suggests that member-states of the G7 will “call for progress on a transparent, evidence-based, and expert-led WHO-convened phase 2 study on the origins of COVID-19, that is free from interference.”

Furthermore, it is reported that the G7 will commit to delivering a billion extra doses of the COVID-19 vaccine over the next year to boost global protection against the respiratory disease. The draft communique cited by the outlet will purportedly argue that the renewed commitment will increase the number of people in the developing world that are granted an opportunity to receive a jab.

Dominating the agenda of the gathering will be COVID-19 recovery, including "a stronger global health system that can protect us all from future pandemics". The agenda also includes climate change and trade.

Ahead of his arrival at the summit, US President Joe Biden said the US would commit to buying 500 mln doses of the vaccine for distribution in developing countries.

The communique is to be finalised on Sunday following a the three-day summit. This year’s communique will also ostensibly incorporate a pledge to end unnecessary trade restrictions on vaccine exports, commitments to ensure long-term sustainability of public finances after the world is on track to recovery in the wake of the pandemic.

From ‘Fringe’ Theory to Official Probe

A report by the World Health Organization in March concluded the disease most likely originated in a bat or other animal and spread to humans through an intermediate host, and it was “extremely unlikely” that the virus escaped a laboratory in the Chinese city of Wuhan. Nevertheless, what was previously dismissed as a fringe conspiracy by many experts, the “lab leak” theory pertaining to the origins of SARS-COV-2 has had fresh life breathed into it.

US President Joe Biden in a statement on 26 May set a 90-day deadline to assemble a detailed report on the origins of the virus, "including whether it emerged from human contact with an infected animal or from a laboratory accident".

The POTUS acknowledged that a majority of the intelligence community had "coalesced" around two scenarios, but "do not believe there is sufficient information to assess one to be more likely than the other". Former President Donald Trump felt “vindicated” after the move, as he had also long suggested that the virus may have originated from the Wuhan lab, while calling on China to "pay the price" for many deaths worldwide.

White House chief medical adviser Dr. Anthony Fauci also seemed to have had a change of heart regarding the previously sneered-at theory.
He told American senators on 11 May that the possibility of the virus having escaped from the lab "certainly exists," adding that he was "totally in favour of a full investigation of whether that could have happened."

In previous statements Fauci had claimed available evidence on the origins of the virus was "totally consistent with a jump from a species from an animal to a human."

Beijing slammed the new probe by the “full of arrogance” US government as disrespecting the WHO report and insisted that Washington was “playing political games to hijack science.”

Among the scientific community the broad consensus is that the most likely explanation for the pandemic is that COVID-19 jumped to humans from an animal host in a natural event.