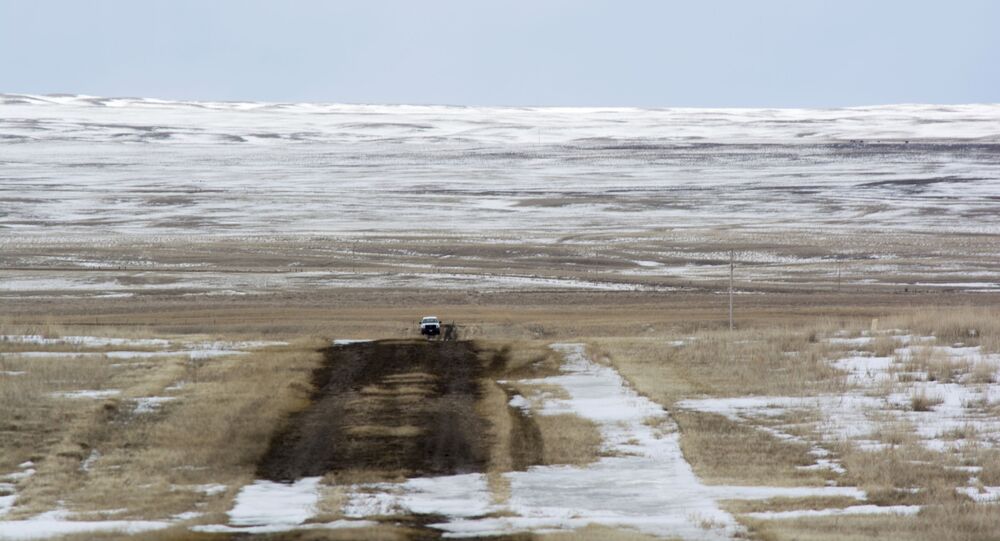 WASHINGTON (Sputnik) - TC Energy, the parent company of the Keystone XL pipeline project, is abandoning the undertaking, the company announced.

"TC Energy Corporation confirmed today that after a comprehensive review of its options, and in consultation with its partner, the government of Alberta, it has terminated the Keystone XL Pipeline Project," the company said in a statement on Wednesday.

The pipeline extension project, which has faced vehement opposition from environmental and indigenous groups, was dealt a significant blow in January when, in one of his first acts as US president, Joe Biden signed an executive order to rescind the Keystone XL construction permit granted in 2019 by former President Donald Trump.

The Canadian province of Alberta, which has poured billions of dollars into the project, expressed its disappointment with the development.

"We remain disappointed and frustrated with the circumstances surrounding the Keystone XL project, including the cancellation of the presidential permit for the pipeline’s border crossing," Alberta Premier Jason Kenney said in a statement.

However, the premier, who has bemoaned the "legal harassment" that the Canadian oil industry has allegedly endured at the hands of internationally-funded special interest groups, said that Alberta will continue to play a key role in the North American energy market and will work with US partners to ensure the province meets energy demands south of the border.

© AP Photo / Stephen Groves
In this Feb. 18, 2020, file photo, a protester plays a drum and sings while joined by other Native American protesters opposing the Keystone XL Pipeline at the South Dakota Capitol in Pierre.

The office of Canada’s Natural Resources Minister Seamus O’Regan did not immediately respond to Sputnik’s request for comment.

Keystone is an oil pipeline system that moves Alberta crude oil from the Canadian town of Hardisty to refineries and tank farms in the US states of Illinois, Oklahoma and Texas. The first three phases of the system are currently operational, however, the construction of the fourth phase, better known as Keystone XL, which is planned to transport oil to the US state of Nebraska, has caused a major uproar on both sides of the border.

The proposed section of the pipeline was twice rejected by the Obama administration, but was backed by Trump.

While the project appears to be unsalvageable, 21 Republican-led US states are seeking redress in federal court to revive it. US oil and gas consultants told Sputnik at the end of March that the lawsuit stands on solid legal grounds but the outcome of the legal battle is difficult to predict.