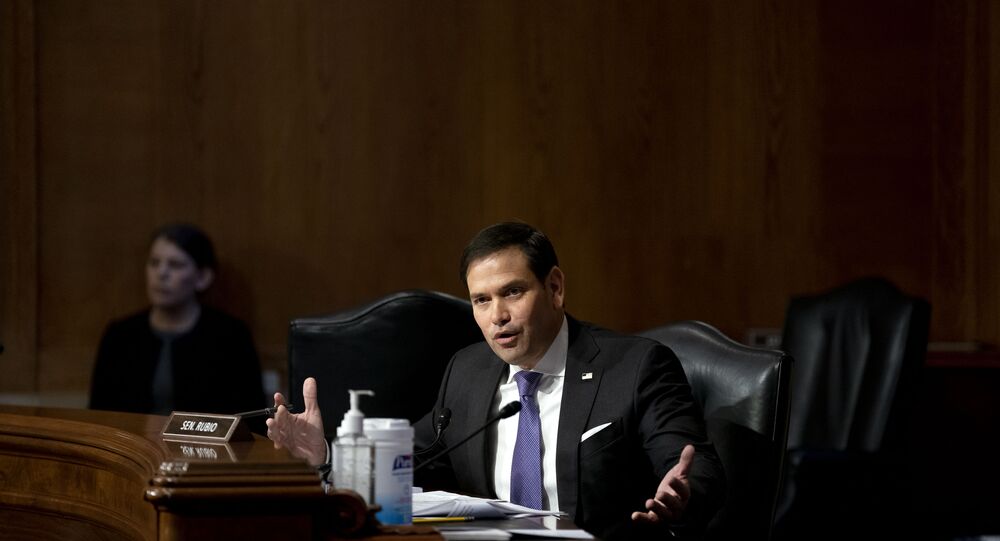 WASHINGTON (Sputnik) - A group of 16 US Republican Senators led by Marco Rubio on Tuesday sent a letter to President Joe Biden urging him to refrain from opening a mission of the Palestinian Liberation Organization (PLO) in Washington as well as a US consulate to serve Palestinians in Jerusalem.

"Secretary of State Antony Blinken’s recent announcement that the US will move to reopen the Consulate General in Jerusalem that oversaw relations with the Palestinians as well as reports that your administration plans to re-open the Mission of the Palestinian Liberation Organization (PLO) in Washington, DC are deeply concerning," the letter said. "We urge you to adhere to US law and ensure both of these diplomatic missions remain closed."

The authors of the letter claim there are no legal grounds for PLO to be opened in the US since the Promoting Security and Justice for Victims of Terrorism Act of 2019 requires an American court’s consent to re-establish an office of PLO or Palestine Autonomy.

The senators put the blame for the recent conflict between Israel and the Palestinians on Hamas and noted that they remain committed to work with Biden administration on constructive ways to engage with the Palestinian people.

Israel and Gaza Strip were locked in a conflict for 11 days that ended with a ceasefire on May 20. The hostilities came after days of clashes between the Arab population and the Israeli police in East Jerusalem over an Israeli court's decision to evict several Palestinian families from a neighborhood in the city.