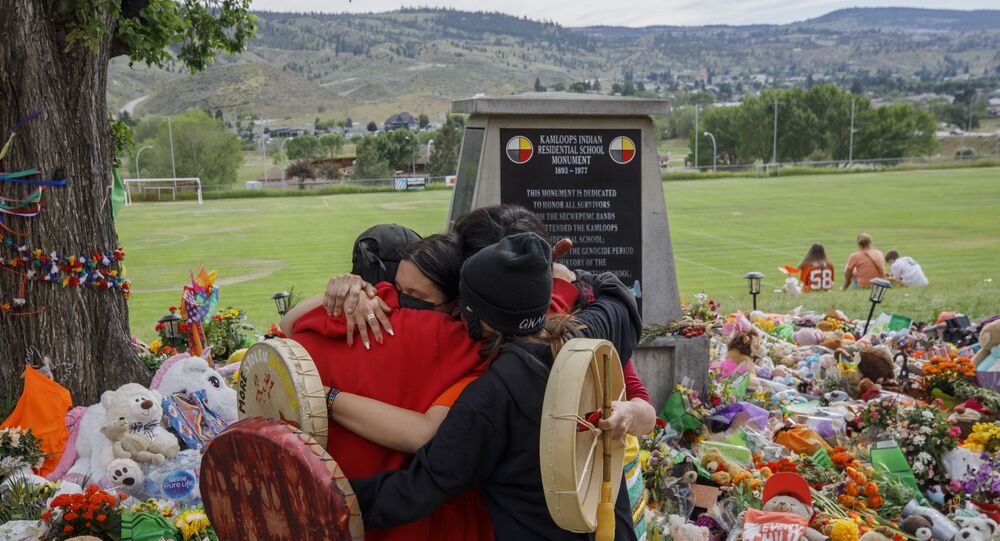 WASHINGTON (Sputnik) - Canadians by a nearly two-to-one margin believe the Catholic Church bears responsibility for abuse in the residential school system, which has been described as an institution that perpetuated cultural genocide upon the country’s indigenous peoples, a Leger poll revealed on Tuesday.

“66% of Canadians think the Church should bear the responsibility for the tragedies committed at residential schools, while 34% think the Government of Canada should be held responsible,” the Leger study found.

Additionally, the poll found that 80 percent of Canadians believe that the discovery in Kamloops is “tip of the iceberg” and similar sites will uncovered throughout the country. The vast majority of Canadians – 77 percent – also say that the federal government should conduct similar studies at all of the former residential school sites, but efforts should be indigenous-led.

Calls have grown from Prime Minister Justin Trudeau and members of his cabinet for formal papal apology for the Church’s role in the residential school system in the aftermath of the discovery of the remains of more than 215 indigenous children at a former residential school in the province of British Columbia.

© REUTERS / CHRIS HELGREN
Video: Statue of Egerton Ryerson Toppled in Toronto After Discovery of Indigenous Child Remains
The Tk'emlups te Secwepemc First Nation announced last month that a deep scan of the Kamloops Indian Residential School site with ground-penetrating radar confirmed the discovery of 215 children’s remains, with some of the deceased being as young as three years old.

On Sunday, Pope Francis expressed his “sorrow” at the grisly discovery, however, top Canadian officials, including Trudeau, have said that this does not go far enough and continue to press for a formal acknowledgment.

Kamloops was one of the largest schools in Canada and operated from the late 19th century to the late 1970s as part of the residential school system, which placed indigenous children in state-sanctioned boarding schools where they were to be culturally assimilated.

According to Canada's Truth and Reconciliation Commission report released in 2015, roughly 150,000 aboriginal children were forcibly assimilated through the residential schools from 1883 to 1998.