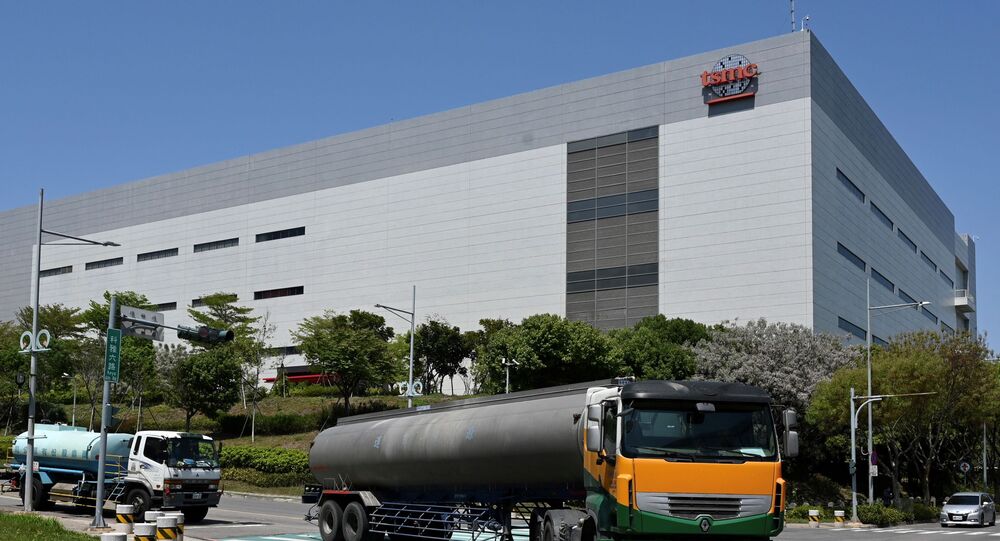 Through last year and the first few months of 2021, Taiwan saw little impact from the COVID-19 pandemic, as it was able to keep the virus at bay through a combination of border controls and quarantine procedures. The virus, however, managed to get past the defenses in April and has since spread across the island.

One of the world's major chip-testing organizations was temporarily shut down due to an outbreak of COVID-19 infections at a factory in central Taiwan, the latest warning of potential disruption to a technological supply chain already beset by component shortages, Bloomberg reported on Monday.

According to Taiwan's Centers for Disease Control, cited in the report, King Yuan Electronics Co. shut down its main operations in Miaoli County over the weekend, reporting 182 confirmed cases as of June 6. The majority of those are foreign employees, especially factory workers.

The government put all 2,000 of the firm's international workers, or around 30% of its employees, on a 14-day quarantine, and the company has had to rely on temporary local workers to get production lines up and running again, as stated in the report.

"Once migrant workers return to production lines in two weeks, the company will speed up production to make up for its loss," Chang is quoted in the report as saying. “The company sees no major impact on annual finances and businesses."

According to the report, King Yuan Electronics expects that production capacity and revenue are likely to fall by 30-35% in June.

The outlet emphasizes that the surge in COVID-19 cases and the repercussions in Taiwan highlight the threat posed by the global technology supply chain's reliance on a limited number of major firms. Taiwan's chipmaking business is a critical supplier and potential bottleneck for enterprises in a variety of industries, including consumer electronics, server farms, and the car industry.

Companies worldwide are already coping with a chip scarcity that has slowed production and forced the closure of entire auto plants, forcing the United States and China to look for measures to enhance domestic supply.

© CC BY 2.0 / Riley Porter / DSC_6303.JPG
White House Calls Semiconductor Chip Shortage a 'National Security Issue'
According to Taiwanese health authorities, over 11,000 local cases have been registered on the island, with 260 deaths, largely in the last five weeks. The government has enforced a soft lockdown in an attempt to slow the spread of the virus, shutting down schools and recreational facilities, but they have so far shown a reluctance to take steps that could harm the economy's main driver, the export-oriented manufacturing sector.

The world's shortage of microchips is widely attributed to many reasons, including the US-China trade war, which impacted the supply chain severely even before the ongoing pandemic. Last month, the White House spokeswoman Jen Psaki stated that the US considers the global chip shortage to be a national security concern due to its impact on American industry.