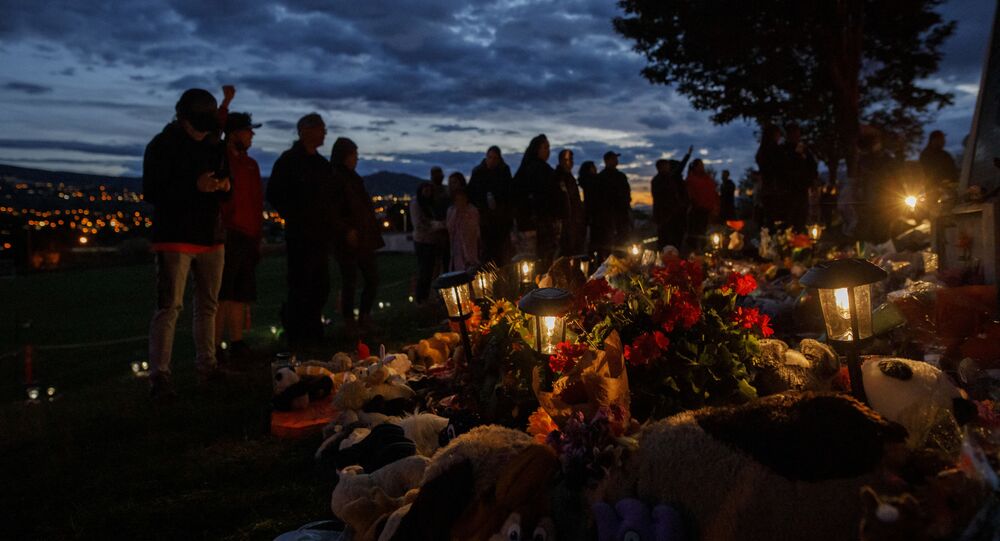 WASHINGTON (Sputnik) - An indigenous group on Monday renewed calls to "cancel" Canada’s national holiday amid outrage about the discovery of the remains of more than 215 indigenous children at a former residential school in the province of British Columbia.

The Tk'emlups te Secwepemc First Nation announced last month that a deep scan of the Kamloops Indian Residential School site with ground-penetrating radar confirmed the discovery of 215 children’s remains, with some of the deceased being as young as three years old.

“The recent discovery at Kamloops residential school has reminded us that Canada remains a country that has built its foundation on the erasure and genocide of Indigenous nations, including children. We refuse to sit idle while Canada’s violent history is celebrated. We are once again calling on Indigenous land, water and sky protectors and allies to come together and disrupt the celebration,” advocacy group Idle No More said in a statement with the hashtag #CancelCanadaDay.

The group is planning to stage protests across the country, including in Vancouver, throughout Ontario and is proposing a blockade of the Trans-Canada Highway. The group is also encouraging residents throughout the country to stage associated protests wherever possible.

There have been calls by various groups to cancel the annual Canada Day celebration in commemoration of the country’s confederation on 1 July before, however, the grisly discovery has ignited widespread anger throughout the country leading to calls for the country to distance itself from its colonial history.

Kamloops was one of the largest schools in Canada and operated from the late XIX century to the late 1970s as part of the residential school system, which placed indigenous children in state-sanctioned boarding schools where they were to be culturally assimilated.

According to Canada's Truth and Reconciliation Commission report, released in 2015, roughly 150,000 aboriginal children were forcibly assimilated through the residential schools from 1883 to 1998, in a process equated to "cultural genocide."