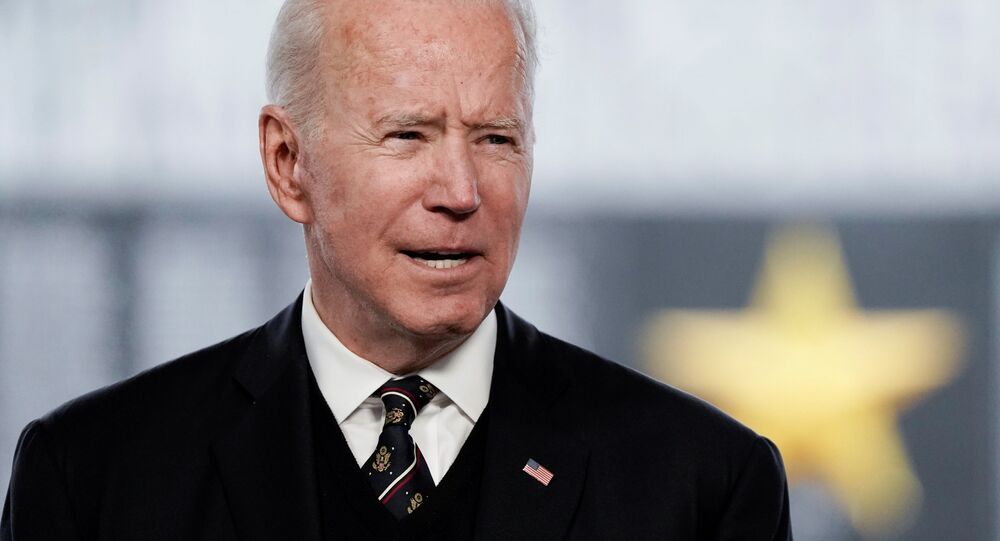 Joe Biden, who has on occasion played up his Irish heritage, triggered ire among British government ministers prior to taking over the US presidency, as he signalled he would oppose any post-Brexit arrangements in the UK that could jeopardise the Good Friday Agreement.

Joe Biden, who has vowed to reinforce America’s traditional alliances, will seek to bolster his nation’s special relationship with Britain as he arrives in London this week for the G7 summit, while also issuing a warning to Boris Johnson, reported The Times.

Biden will be purportedly endorsing the UK Prime Minister's G7 goals, such as those pertaining to the coronavirus pandemic and tackling climate change, in the wake of a succession of terse verbal exchanges between the two governments over Brexit and Northern Ireland.

"In the United Kingdom, after meeting with Prime Minister Boris Johnson to affirm the special relationship between our nations, I will participate in the G-7 summit," Biden wrote in the Washington Post on Sunday.

"This group of leading democracies and economies has not met in person in two years due to the coronavirus. Ending this pandemic, improving health security for all nations and driving a robust, inclusive global economic recovery will be our top priorities," added the 46th POTUS.

Biden is ostensibly to use his meeting with Johnson to underscore Washington’s support for the Northern Ireland protocol, agreed as part of the Brexit Withdrawal Agreement with the EU.

Throughout Brexit negotiations, all sides had agreed that protecting the Northern Ireland peace deal (the Good Friday agreement) was an absolute priority.

© AFP 2021 / WILLIAM EDWARDS
Guls surround a fishing trawler as it works in the North Sea, off the coast of North Shields, in northeast England on January 21, 2020

The Protocol on Ireland/Northern Ireland covers the special situation in Northern Ireland, the terms of which were negotiated in 2019 and concluded in December 2020.

President Biden will accordingly warn Downing Street, writes The Times, citing sources, that prospects of the US-UK trade deal will be damaged if the situation remains unresolved.

Meanwhile, Biden will reportedly urge leaders of the European Union bloc in Brussels to be more “flexible” and less “bureaucratic” when negotiating with the UK.

US a ‘Guarantor’ of Good Friday Deal

In September 2020, as pro-Irish Democrats cited concerns that the UK’s attempt to exit the EU on its own terms would undermine the Good Friday peace agreement, Joe Biden – then a Democratic presidential candidate - joined the echo of voices.

He warned Boris Johnson against allowing the Northern Ireland Good Friday agreement become a casualty of Brexit talks. Democrats had warned that if London were to reinstate a hard border to secure Brexit, its chances of securing congressional support for a UK-US free trade deal would collapse.

​President Biden, who is of Irish descent, similarly reaffirmed his support for the Good Friday agreement in March, when tensions spiraled over the protocol, resulting in violent riots.

Growing dissatisfaction with the Northern Ireland protocol, set up initially to prevent a hard land border in Ireland by effectively keeping Northern Ireland inside the single market post-Brexit, had strained the nerves of unionist and loyalist parties in Belfast.

Ulster unionists claimed that the deal has effectively created a border in the Irish Sea, separating Northern Ireland from the rest of the UK, with checks on goods travelling from Great Britain.

Biden and Johnson are also expected to discuss trade deals, perceived challenges from China and Russia, and travel restrictions amid the ongoing COVID-19 pandemic. Major airlines in America and Britain have been urging that a quarantine-free travel corridor be established that would allow transatlantic travel between the nations this summer.

Joe Biden, who is embarking upon his first overseas trip in office, is set to meet the Queen at Windsor Castle on Sunday as he attends the Group of Seven summit in Cornwall, England, 11-13 June.

After that, the US President will proceed to Brussels, where he will hold meetings with European Union leadership and attend the 14 June summit of leaders of the North Atlantic Treaty Organisation.

Biden will end his trip in Geneva with his first face-to-face summit with Vladimir Putin, the president of Russia, on 16 June.