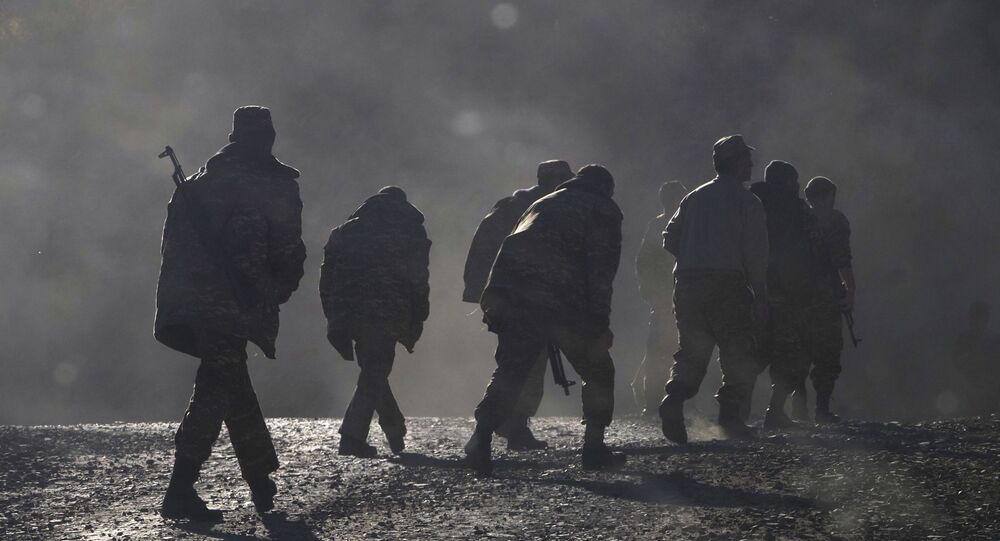 "The Azerbaijani Defense Ministry spread another piece of disinformation, claiming that 40 Armenian servicemen crossed the border with Azerbaijan on the evening of 1 June, after which units of the Azerbaijani armed forces 'made them return to the original positions.' The Ministry of Defense of the Republic of Armenia states that the Armenian armed forces did not cross the border of the Republic of Azerbaijan either on 1 June or earlier," the Armenian Defense Ministry said in a statement, seen by Sputnik.

In May, Yerevan accused Baku of staging provocations on the border, saying the Azerbaijani military attempted to move their posts deeper inside Armenian territory in the provinces of Syunik and Gegharkunik.

Armenia previously discussed the escalating tension in the region with the Collective Security Treaty Organisation (CSTO), as ties between Baku and Yerevan remain tense after a new round in the Karabakh conflict last year.