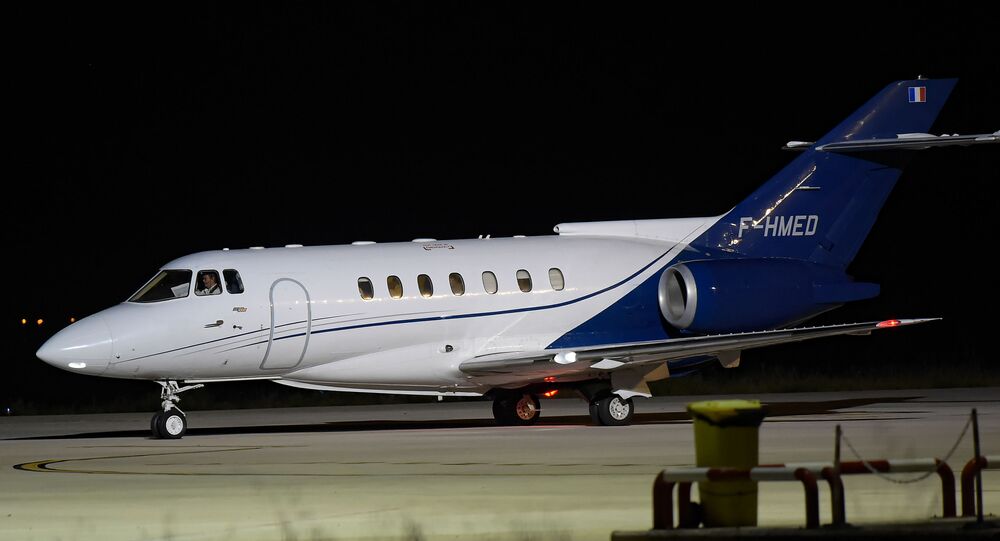 MADRID (Sputnik) - Secretary-General of the Polisario Front (Popular Front for the Liberation of Western Sahara) Brahim Ghali who faces a number of lawsuits on charges of genocide and has been undergoing treatment in the Spanish city of Logrono since April, left for Algeria to continue treatment there, RTVE reports.

According to the TV channel, a medical plane with Ghali on board departed from Spain on Wednesday. The aircraft was reportedly leased by the Algerian government. Moroccan authorities have been informed of Ghali's departure for Algeria, the channel added.

On Tuesday, Ghali gave a video testimony to a judge at the Spanish National Court in connection with the lawsuits filed against him on crimes against humanity, torture and genocide. Judge Santiago Petraz did not restrict Ghali's right to move and only demanded that he provides the Spanish authorities with his address and a contact phone number, meaning he was free to leave Spain.

Ghali's stay in Spain prompted outrage from Rabat, which is awaiting a "convincing and satisfactory response" from the Spanish government regarding Ghali's entry into the country.

In mid-May, the Moroccan authorities have allowed around 10,000 illegal immigrants to freely enter the Morocco-Spanish border in the Ceuta enclave in what was widely interpreted as an attempt to put pressure on Spain over Ghali.