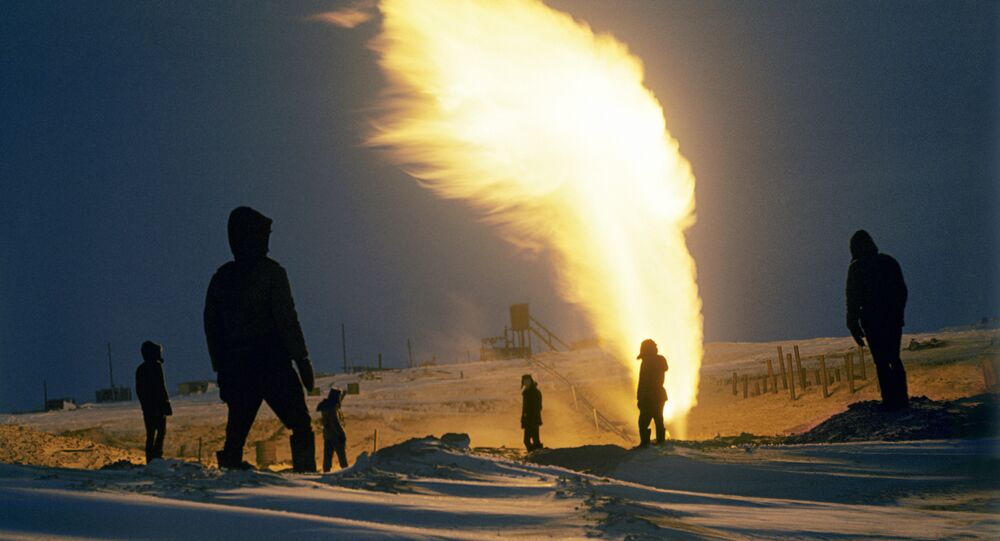 ST. PETERSBURG (Sputnik) - It is easy to give up Russian gas in the summer when there is no need for heating, Russian Energy Minister Nikolai Shulginov told Sputnik on Wednesday, commenting on recent calls in Europe against the Russian-led Arctic LNG 2 gas project.

"It is fine to call for this in the summer. And when winter comes — everyone starts to consume both coal and gas," Shulginov said on the sidelines of the St. Petersburg International Economic Forum (SPIEF).

The LNG facility, located offshore the remote Gydan Peninsula in northwestern Siberia, is set to have three production lines with a total annual capacity of 19.8 million tonnes and at least 1.6 million tonnes of stable gas condensate. Its first LNG supply is expected by 2023.

Russia's Novatek, the gas company behind the project, is currently trying to raise investment in the Arctic LNG 2, along with its foreign partners — France's Total, China's CNOOC and CNPC, as well as a Mitsui-JOGMEC consortium and Japan Arctic LNG.

Last month, 39 lawmakers from the European Parliament's Green Party urged the leadership of France, Italy and Germany to refuse Arctic LNG 2 funding over climate change concerns. Commenting on the call, Berlin told Sputnik that it was still considering participation in financing the project, while Paris said that would state its final word, once its assessment against environmental and social standards is available.

SPIEF is an annual forum that brings together high-ranking state officials, prominent business people and experts to discuss the most pressing issues of international development and economy. This year's edition is taking place in-person from Wednesday through Saturday at St. Petersburg's ExpoForum Convention and Exhibition Center. The Rossiya Segodnya International Information Agency, the umbrella media organization that includes such brands as Sputnik, RIA Novosti, InoSMI, and Baltnews, among others, is an official media partner of the event.