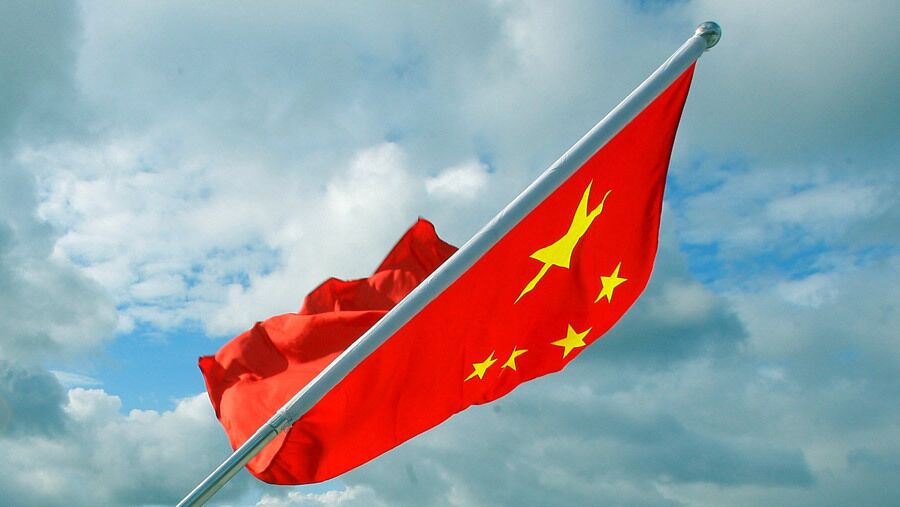 In the first face-to-face meeting between heads of Australia and New Zealand, Scott Morrison and Jacinda Ardern on Monday expressed grave concerns over developments in Hong Kong and the human rights situation in the Xinjiang region of China.

Beijing has lashed out at the prime ministers of Australia and New Zealand over what it branded as “irresponsible” comments made after talks in Queenstown.

© AP Photo / Ng Han Guan
a guard tower and barbed wire fences around a facility in the Kunshan Industrial Park in Artux in western China's Xinjiang region, one of a growing number of internment camps in the region, where by some estimates 1 million Muslims are detained, forced to give up their language and their religion and subject to political indoctrination

The two PMs were denounced as having “grossly interfered in China’s internal affairs”.

Morrison and Ardern had appeared to synchronise their stance on China when facing the media in Queenstown on Monday after their first in-person meeting since quarantine-free travel between the two nations began last month.

In a lengthy joint statement, the prime ministers “expressed serious concern over developments in the South China Sea, including the continued militarisation of disputed features and an intensification of destabilising activities at sea”.

The officials also called for freedom of navigation and overflight to be respected by Beijing.

The issue of human rights in China was targeted as Morrison and Ardern “expressed deep concern over developments that limit the rights and freedoms of the people of Hong Kong” and voiced “grave concerns about the human rights situation” in Xinjiang, China's westernmost province, where they insisted United Nations observers should be granted unfettered access.

China’s foreign ministry spokesperson, Wang Wenbin, during a regular press briefing on 31 May said the ministry was “deeply concerned” about the joint statement.

“The leaders of Australia and New Zealand, with irresponsible remarks on China’s internal affairs relating to Hong Kong and Xinjiang as well as the South China Sea issue, have made against China, grossly interfered in China’s internal affairs and seriously violated the international law and basic norms governing international relations,” said Wang.

The spokesperson continued to underscore that Beijing, would not “waver in its resolve and will to reject any external interference in China’s internal affairs”.

Xinjiang authorities, according to Beijing, are focused on “counter-violence, anti-separatism and de-radicalisation” efforts.

Regarding the situation in the South China Sea, the official spokesperson of the Chinese Foreign Ministry emphasised that it was “generally stable”.

Beijing has consistently denied accusations it engages in ethnic cleansing or genocide against the Muslim Uyghur population in Xinjiang, noting that its rehabilitation and training programmes for former extremists are voluntary and in line with the United Nations’ Plan of Action to Prevent Violent Extremism guidelines.

Wang cautioned countries in the region, such as Australia and New Zealand, against “targeting or damaging the interests of third parties, and much less forming an enclosed small clique with ideology as the yardstick”.

Over the past several years, China has increased its territorial and maritime claims in the South China Sea region, overlapping with the interests of several nations, including the Philippines, Vietnam, Malaysia, and Brunei. The US, which is not a party to the maritime dispute, routinely sends warships to the South China Sea under the pretext of freedom of navigation missions despite opposition from Beijing.

The statement by Prime Ministers of Australia and New Zealand came as both nations have been drawn into the standoff between the US and China – their key trading partner.

Australia found itself frozen out of high-level talks with China since early last year after Scott Morrison’s government spearheaded public calls for an independent international investigation into the origins and early handling by Beijing of the COVID-19 pandemic.

An irate China rolled out trade actions against a series of Australian export sectors, targeting barley, coal, beef and wine. New Zealand, on the other hand, had upgraded its free trade agreement with China at the start of this year. In January Jacinda Ardern had confirmed the signing of a deal to give commodities exports from her country increased access to China.

New Zealand hailed the agreement that “modernises” the existing deal with China and makes exporting easier, with anticipated slashed compliance costs for New Zealand exports by millions of dollars annually.

Ahead of the meeting between Morrison and Ardern in Queenstown, Chinese state media warned New Zealand against finding itself in “the same mire” as Australia.

“It is clear to New Zealand that none of its Western allies could or would compensate them for the loss caused by trade tensions with China, and instead, those allies would only compete to fill the market void in China as proved in Australia’s case,” an editorial in the Chinese state’s flagship newspaper The Global Times had written.