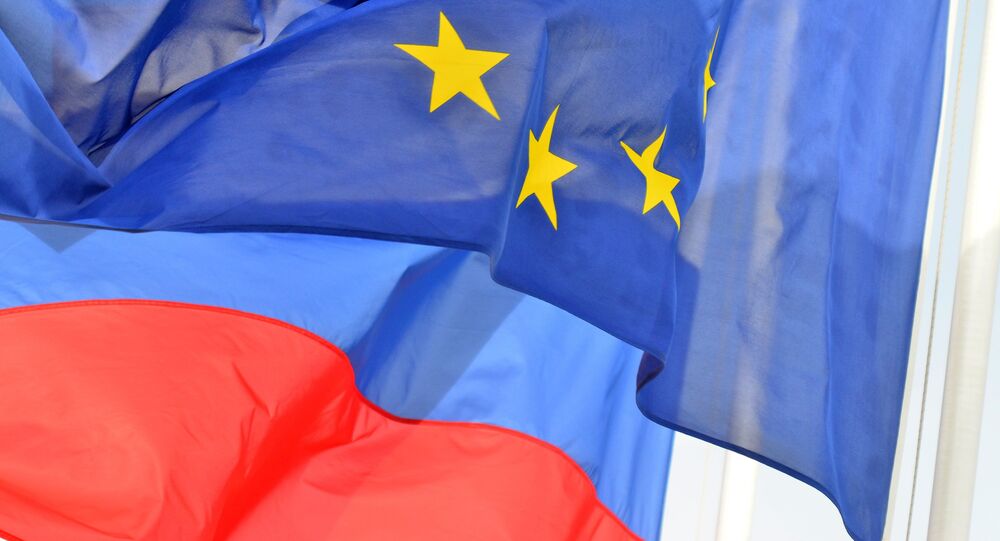 Lavrov: Russia is Open to Constructive Dialogue With EU on Principles of Equal Rights

MOSCOW (Sputnik) - Russia has repeatedly expressed readiness to engage constructively with the European Union, Russian Foreign Minister Sergey Lavrov said on Monday, while commenting on claims that Moscow is not interested in dialogue with Brussels.

"It is not very clear to us what motivates those who claim that Russia is not interested in dialogue. This is not true. We have repeatedly said that we are open to constructive interaction with the European Union but, of course, on the principles of equal rights and mutual respect," Lavrov said at a conference on EU-Russia relations.

The minister noted that despite the current crisis, there were a number of areas, in which Moscow-Brussels cooperation was very relevant, including healthcare, energy, science and technology, as well as climate change.

"Common cross-border challenges and threats, international terrorism, drug trafficking, cybercrime still persist. There is a need for further joint work on a range of international issues, such as the Middle East settlement, the Iran nuclear dossier, strategic stability," Lavrov added.

The diplomat further noted that in order to improve relations, the comparative advantages of coexistence on one continent, which is the engine of global economic growth, should be used to maximum effect.

"It is possible to start with small things, such as establishing sustainable interaction between the Eurasian Economic Union and the European Union. We have been urging our European partners to do this for a long time now," he explained.

The conference began earlier in the day, with Lavrov participating in its opening ceremony together with his Portuguese counterpart, Augusto Santos Silva, who is currently on a visit to Moscow.

During a bilateral meeting with the Portuguese diplomat, Lavrov noted that the visit had a multilateral dimension, as it was taking place at a time when Portugal held the presidency of the European Union.

"We have just participated in the opening of a conference on relations between our country and the EU. From the assessments that have been given, it is clear that there is a lot of work to be done here in order to normalize the situation, and we appreciate your interest in this. We reciprocate your interest," Lavrov said.

Santos Silva, in turn, said that despite the EU's foreign policy, activities were carried out by the mechanisms and apparatus of the High Representative for Foreign Affairs, the EU presidency also had a number of important dossiers in the area, including issues around the economy, international trade and regional issues in the Balkans, which would be touched upon during the Monday's meeting.