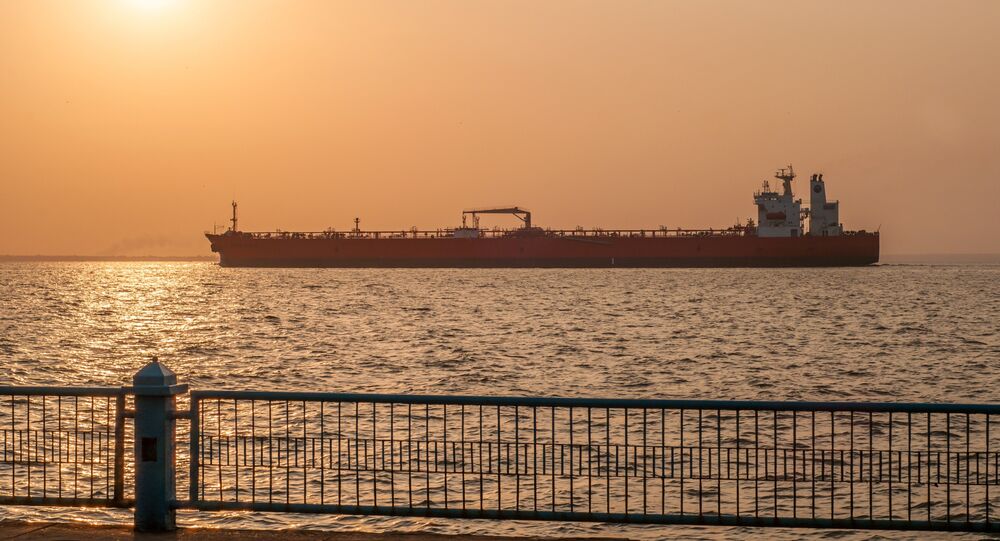 In 2020, the tanker MT Horse was used by Iran to deliver about 2.1 million barrels of condensate to Venezuela, hit by US sanctions.

Wisnu Pramandita, a spokesman for the Indonesian Coast Guard, said on Saturday that an Iranian-flagged tanker seized by Jakarta in January has been released.

He added that the vessel MT Horse of the National Iranian Tanker Company is allowed to leave Indonesia, while the ship's captain would be subject to two-year probation without any fine.

The Iranian news agency IRNA reported, without elaborating, that the very large crude carrier (VLCC) "was released after 125 days" and that it will return to the country's waters after completing its mission.

Iran's petro energy information network SHANA, in turn, quoted the tanker company as saying in a statement that "the MT [Horse] crew, with their sacrifice and firm determination to pursue their mission, safeguarded Iran's national interest in maintaining the export of its oil and petroleum products".

The statement followed the MT Horse being detained by Indonesia in late January over alleged oil transfers in the nation's territorial waters.

The Indonesian Maritime Security Agency said at the time that the tanker's crew was suspected of a number of violations, including failing to display the vessel's national flag, turning off identification systems to avoid detection, and illegally transporting oil.

The Iranian Foreign Ministry, for its part, stated that the VLCC was seized due to "a technical issue", which "happens in the shipping field".

In September 2020, Iran sent the MT Horse to deliver some 2.1 million barrels of condensate, a very light form of oil, to Venezuela, hit by a serious fuel shortage caused by US sanctions.

This came after five Iranian tankers, the Clavel, the Faxon, the Fortune, the Forest, and the Petunia, delivered more than a million barrels of oil to Venezuela, in what chief commander of Iran's Islamic Revolutionary Guard Corps (IRGC) Hossein Salami said was Tehran's "biggest display of power".

At the time, Iranian Foreign Ministry spokesman Abbas Mousavi indicated the Islamic Republic's willingness to go ahead with its oil shipments to Venezuela if "Caracas demands more [such] supplies from Iran", who is practicing "its free trade rights” with the South American country.

© REUTERS / EU DELEGATION IN VIENNA
Tehran, Washington Reportedly Agree on Lifting of Sanctions Against Iran's Oil, Banking Sectors
As far as Iran is concerned, the US reinstated its restrictive measures against the Islamic Republic in May 2018, when then-President Donald Trump announced Washington's unilateral withdrawal from the 2015 Iran nuclear deal, also known as the Joint Comprehensive Plan of Action (JCPOA).