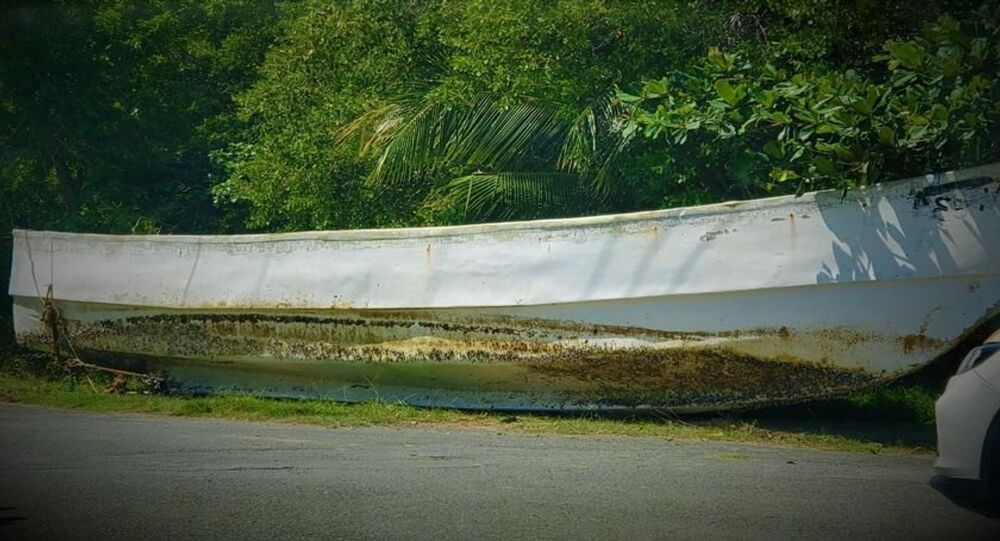 Foreign Vessel With 14 Decomposed Bodies on Board Washed Ashore in Trinidad and Tobago, Police Say

According to the authorities, the discovered bodies appear to be those of males of "African descent and wearing tracksuits and green rain jackets." However, the medical examination should clarify this information.

The Caribbean island nation of Trinidad and Tobago's police launched an investigation after local fishermen found a vessel with 14 bodies in a state of severe decomposition on board, according to a press release posted on the agency's Facebook page.

A "strange vessel" drifting off the island's shore was spotted by local fishermen around 6:30 am local time on May 28, the authorities said.

"Police are investigating the discovery of 14 bodies, a skull and skeletal remains, stacked in a boat which was found floating four miles off Belle Garden, Tobago," the statement said.

"The bodies, all men, were in an advanced state decomposition. The bodies were eventually removed to the mortuary at the Scarborough General Hospital to await identification and subsequent autopsies to determine the causes of death," it added.

The Tobago Emergency Management Agency confirmed the information and added that the vessel was foreign.

According to reports, four remains were removed and transported to the Scarborough mortuary, while the remaining nine bodies were discovered later and were removed over time. Moreover, GPS devices and cellphones were found on the vessel.

The circumstances of the incident are currently unknown and the investigation is ongoing.