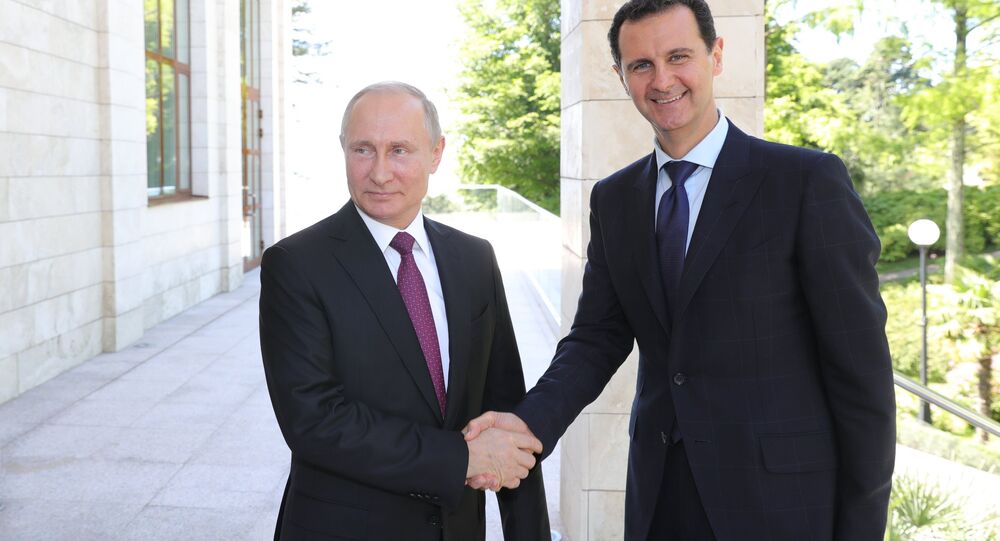 Putin Congratulates Assad on Being Re-Elected as Syrian President

"Russian Federation President Putin sent a congratulatory message to Bashar Assad on the occasion of his victory in the presidential election in the Syrian Arab Republic ... Putin stressed that the Russian side intends to continue providing comprehensive support to its Syrian partners in their fight against terrorist and extremist forces, and in promotion of the political settlement and post-conflict recovery process", the Kremlin said.

Putin also expressed the belief that the results of the vote confirmed Assad's "high political weight" and Syrians' trust in his policy of "prompt stabilisation in Syria and strengthening of its state institutions".

Assad has won a fourth term in office after managing to clinch 95.1% of the vote. The presidential election saw a turnout that reached over 78%, and the two other candidates, former state minister Abdallah Salloum Abdallah and fellow candidate Mahmud Merhi received 1.5% and 3.3% of the vote, respectively.