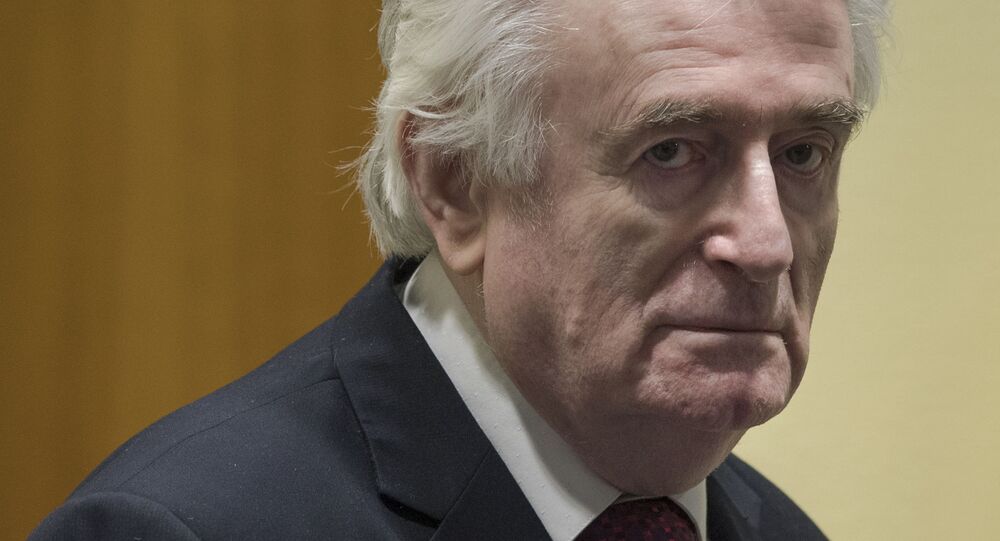 BELGRADE (Sputnik) - Former president of Republika Srpska, ex-Bosnian Serb wartime leader Radovan Karadzic, was transferred on 26 May from the Hague to a prison in the south of England to serve his life sentence for war crimes, his lawyer, Goran Petronijevic, told Sputnik.

Earlier this year, the UK Foreign Office announced that Karadzic, convicted of genocide, war crimes and other atrocities committed during the Bosnian War, would be transferred to a UK prison. The government pledged to ensure special security measures in the prison to protect Karadzic from possible attacks by Muslims who may wish to retaliate for their fellow believers.

"Karadzic has already been transferred, we know that he was brought to the UK the day before yesterday and placed in a prison in the south of England," Petronijevic said.

Karadzic was arrested in the Serbian capital, Belgrade, in 2008 after 11 years on the run.

The International Criminal Tribunal for the former Yugoslavia in 2016 found Karadzic guilty of genocide, crimes against humanity, and war crimes, sentencing him to 40 years in prison.

In 2019, the court rejected Karadzic's appeal against the conviction and increased his sentence to life imprisonment.