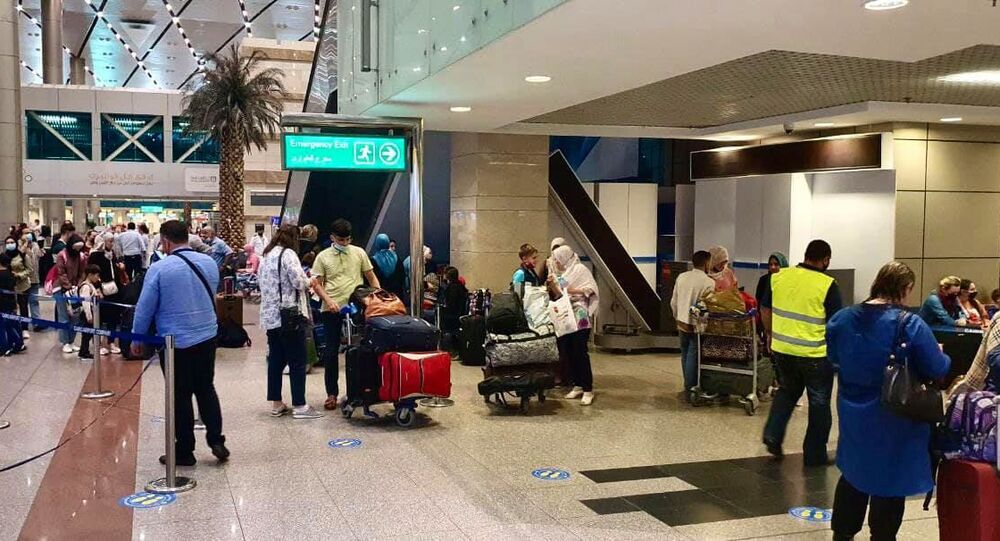 Russian citizens, mostly women and children, arrived from the Gaza Strip on Wednesday evening at Cairo International Airport. From the border with the enclave, they were accompanied by employees of the Russian embassy in Egypt, who also provided them with assistance at the airport.

"We are sincerely grateful to the Egyptian authorities for their responsive attitude to the appeal regarding taking Russian citizens through Egyptian territory and the comprehensive assistance provided. This again confirms the high level of mutual understanding and cooperation between our countries," the Russian Embassy wrote on its Facebook page.

On May 20, Russian President Vladimir Putin signed an order on the evacuation of Russian and CIS citizens from the Gaza Strip at their request.

The situation on the border between Israel and Gaza escalated on May 10. Since the beginning of the escalation, about 4,300 rockets have been fired from the Palestinian enclave, according to the Israeli army. About 640 of them fell inside the enclave, Israel estimated the effectiveness of the Iron Dome missile defense system at 90 percent. Twelve people died in Israel, over 50 were seriously injured. The number of Palestinians killed in the Israeli airstrikes reached 243, with 1,900 injured.

On May 20, the Israeli Security Cabinet unanimously adopted Egypt's initiative for a bilateral ceasefire in the Israeli-Palestinian conflict zone without any conditions. An adviser to the head of the Hamas Politburo said the movement would honor the ceasefire if Israel sticks to it. The ceasefire came into effect early on Friday.