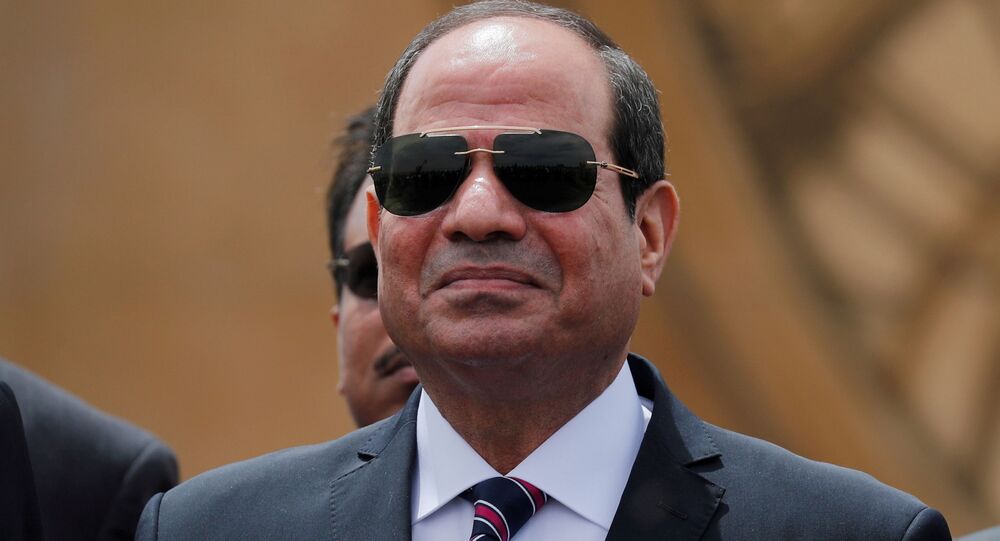 Blinken Thanks Egyptian Leader for Mediation Efforts in Israel-Hamas Conflict

WASHINGTON (Sputnik) – US Secretary of State Antony Blinken has expressed gratitude to Egyptian President Abdel Fattah Sisi for his mediation efforts in the recent conflict between Israel and the Gaza Strip-based Hamas Islamist movement, US Department of State's spokesperson Ned Price said.

"Secretary of State Antony J. Blinken met today in Cairo with Egyptian President Abdel Fattah Al Sisi. The Secretary conveyed President Biden’s appreciation to President Sisi for Egypt’s critical mediation efforts in support of a ceasefire between Israel and Hamas and other groups in Gaza and for Egypt’s help in evacuating American citizens to safety," Price said in a statement on late Wednesday.

Blinken also affirmed the strong partnership between the United States and Egypt.

"He reiterated the United States’ commitment to Egypt’s water security and to the urgent resumption of substantive and results-oriented negotiations under the leadership of the African Union to resolve the dispute over the Grand Ethiopian Renaissance Dam (GERD)," Price said.

Important meeting with Egyptian President Sisi today. I conveyed President Biden’s appreciation for Egypt’s critical mediation efforts in support of a ceasefire and affirmed the strategic partnership between the United States and Egypt. pic.twitter.com/NzW83ivpAC

The US top diplomat has also praised Egypt for its effort on Libya as well as stressed the mutual support for the government of Iraq.

Clashes in East Jerusalem in early May led to the worst violence in the Gaza Strip in recent years. The Gaza-based Hamas movement launched several thousand rockets toward Israel. In response, Israel conducted retaliatory strikes against Gaza. In Israel, 12 people were killed and over 50 were seriously injured during the hostilities. The death toll among Palestinians in the Gaza Strip, Jerusalem and the West Bank topped 270.

© AP Photo / Ariel Schalit
US to Move Forward With Reopening US Consulate in Jerusalem, Blinken Says
The unrest in the Jerusalem neighborhood was initially triggered by an Israeli court ruling that evicted several Arab families from their homes. Palestinians staged mass protests, and Israeli officers intervened using force.

Jerusalem, which lies at the core of the Israeli-Palestinian conflict, is considered one of the world's holiest sites due to its significance to the three largest monotheistic religions — Christianity, Judaism, and Islam. Palestinians hope to create their state on the West Bank and in the Gaza Strip, with East Jerusalem as its capital. Israel, on the other hand, is hostile to the idea of restoring the previous borders and is even more opposed to the idea of sharing Jerusalem, which they consider their  "eternal and indivisible" capital.

In September 2017, the administration of former US President Donald Trump officially recognized Jerusalem as Israel's capital and then relocated the Washington embassy there from Tel Aviv. The move sparked unrest across the entire Middle East, with Palestinian leaders rejecting it outright and continuing to insist that the pre-1967 borders be restored.