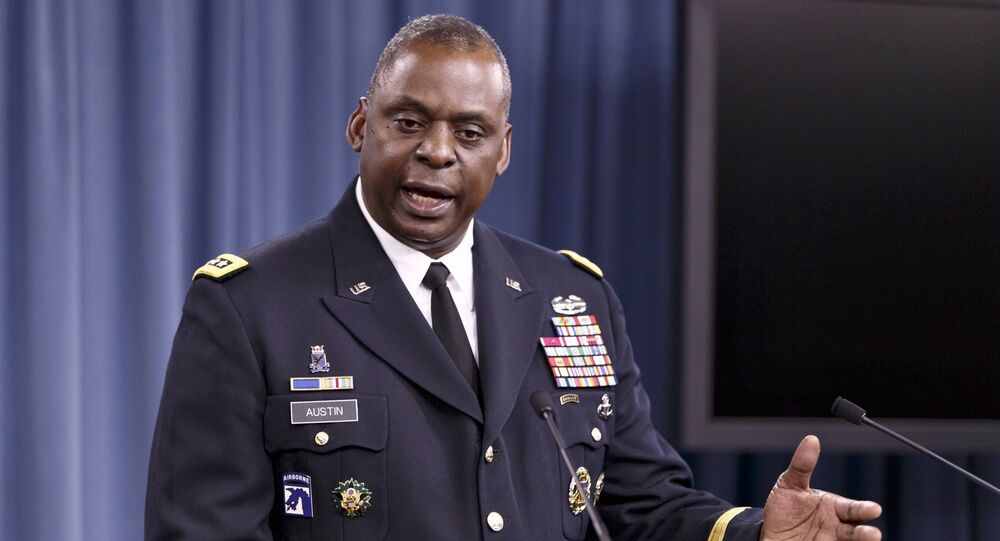 BEIJING (Sputnik) - Beijing has repeatedly refused to receive phone calls from US Defence Secretary Lloyd Austin, who requested to talk not with his Chinese counterpart, Wei Fenghe, but with a higher-ranking official, in violation of diplomatic protocol, the South China Morning Post reported, citing military sources.

According to sources, the US official's request caused a misunderstanding, as he sought to talk with Chinese Central Military Commission (CMC) Vice Chairman Xu Qiliang, which offended the Chinese Defence Ministry.

Though both the CMC vice chairman and the defence minister report directly to Chinese President Xi Jinping, according to diplomatic protocol, Wei Fenghe should be the Pentagon head's interlocutor, according to the report.

Pentagon spokesman John Kirby told reporters at a briefing on Tuesday that the Department of Defence was still ready for a dialogue with Chinese military chiefs.

"We certainly desire to have a dialogue with our counterparts in Beijing, and we're still working our way through exactly what that's going to look like and how that's going to transpire", Kirby said.

The Pentagon spokesman, however, refused to further elaborate on the issue or comment on Chinese media reports saying that Beijing had sent a "friendly signal" to Austin, but the US official never responded and later requested a meeting with another CMC leader, an act that also disregards diplomatic protocol.