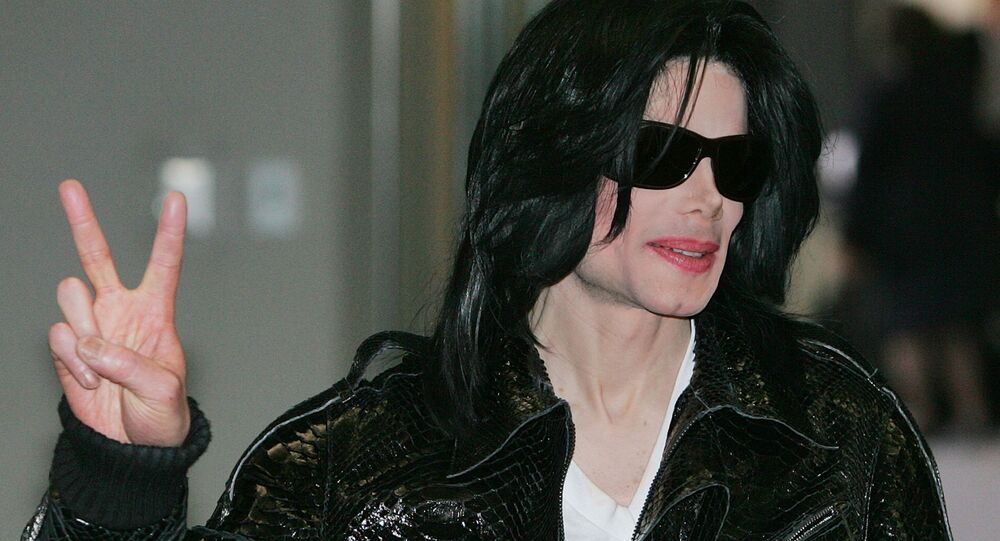 The BBC’s former Panorama reporter and religious affairs correspondent Martin Bashir is under fire following findings from the Lord Dyson report into his controversial interview with Lady Di. The report concluded that the journalist used “deceitful behaviour” by tricking the princess into the talk.

Michael Jackson’s nephew Taj wants an investigation into Bashir’s scandalous 2003 documentary with his uncle which sparked child abuse speculation. According to Taj Jackson, the British journalist “manipulated” his uncle into agreeing to the doc by showing him a letter from Princess Diana praising her own interview with the BBC reporter.

Speaking to Good Morning Britain on Monday, just few days after the Lord Dyson report found that Diana was tricked into the 1995 Panorama interview by Bashir’s “deceitful” methods, including fake bank statements, Taj said his famous relative was also a victim of the journalist’s “unethical” behaviour.

“My uncle was shown a letter from Princess Diana that was commending the interview he had done with her,” Taj said. “My uncle appreciated Princess Di so much, it was almost like a welcoming, I can trust this guy because he seemed to do such an amazing job with Princess Di.”

Taj, who is also a singer, didn't specify whether he was referring to Diana’s recently recovered note signalling that she had “no regrets” following the BBC interview or another letter.

According to MJ’s nephew, the letter played a huge role in securing the musician’s trust for Bashir, which was apparently later shattered with tough questioning, “manipulated footage,” and “deceitful voiceovers."

© REUTERS / STR New
Princess Diana and Prince Charles look in different directions, November 3, during a service held to commemorate the 59 British soldiers killed in action during the Korean, Nov. 3, 1992

During the interview with Bashir, Lady Diana famously claimed that there were “three of us” in her marriage with Prince Charles, in reference to his infidelity, which put her in a tough position with the rest of the Royal family, leading to the couple’s subsequent divorce. The independent inquiry into the circumstances around how the interview was obtained found last week that Bashir used sneaky methods when trying to get access to Diana through her brother Charles Spencer.

Bashir’s "Living With Michael Jackson" documentary, that first aired on ITV in February 2003, sees the journalist grilling the moonwalking pop star about sleeping in a bed with his 13-year-old friend and cancer patient Gavin Arvizo. Jackson defended his behaviour as “the most loving thing to do.”

A few months after the documentary went on air, Arvizo came forward to say that he was sexually molested by Jackson in February and March 2003. Following the backlash over the documentary, Jackson was charged with several counts of child molestation and minor intoxication in December 2003, but was acquitted of the charges two years later.

However, the allegations of pedophilia continued to haunt Jackson until his death in 2009.

© AP Photo / Invision / Danny Moloshok
A sign in support of Michael Jackson is seen outside of the premiere of the "Leaving Neverland" Michael Jackson documentary film at the Egyptian Theatre on Main Street during the 2019 Sundance Film Festival, Friday, Jan. 25, 2019, in Park City, Utah

Speaking shortly after Jackson died from medical intoxication, Bashir told ABC News that there was “a small part” in his documentary “which contained a controversy concerning his [Jackson] relationship with other young people.”

“But the truth is he was never convicted of any crime, I never saw any wrongdoing myself. And whilst his lifestyle may have been a bit unorthodox I don’t believe it was criminal,” the reporter concluded.

Jackson’s nephew Taj believes, however, that Bashir “pretty much” destroyed his uncle’s “persona” by manipulating him.

“I think I just want to hear accountability,” Taj told GMB. “The family want there to be an investigation.”

Earlier he said on Twitter that Bashir’s unethical journalism was “one of the main reasons my uncle Michael is not here today."

Bashir’s manipulated footage and unethically journalism is one of the main reasons my uncle Michael is not here today. That 2005 trial broke him. Shame on those who provided cover for Bashir. Shame on those who rewarded him.
My family deserves an investigation & apology too. https://t.co/pJAO4amAum