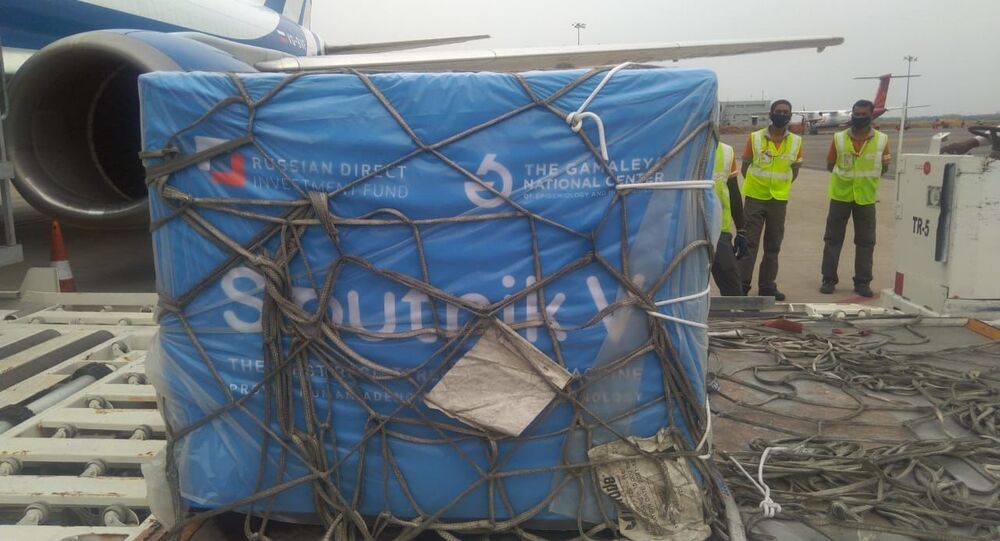 MOSCOW (Sputnik) - The Russian Direct Investment Fund (RDIF) announced on Monday that it is launching production of Russia's Sputnik V vaccine against COVID-19 in India jointly with Indian pharmaceutical producer Panacea Biotec, with full-scale production due to start this summer.

"RDIF ... and Panacea Biotec, one of the leading vaccine and pharmaceutical producers in India, today announced the launch of production of the Russian Sputnik V vaccine against coronavirus. The first batch produced at Panacea Biotec’s facilities at Baddi will be shipped to the Gamaleya Center for quality control. Full-scale production of the vaccine is due to start this summer," RDIF said in a press release.

RDIF CEO Kirill Dmitriev expressed the belief that the production launch "marks an important step in helping the country fight the pandemic."

"Production of Sputnik V supports efforts of India’s authorities to leave behind the acute phase of coronavirus as soon as possible while the vaccine will also be exported at a later stage to help prevent the spread of the virus in other countries around the world," Dmitriev added, as quoted in the press release.

Panacea Biotec Managing Director Dr. Rajesh Jain expressed hope for bringing "a sense of normalcy back to people across the country and around the world" through joint effort with RDIF.

The Russian vaccine Sputnik V uses two different adenoviruses in the first and second doses of the vaccine in order for the body to recognize the protein and the vector of the virus.

Sputnik V, developed by the Gamaleya National Center and registered in 65 countries, became the first foreign-made vaccine against COVID-19 used in India.