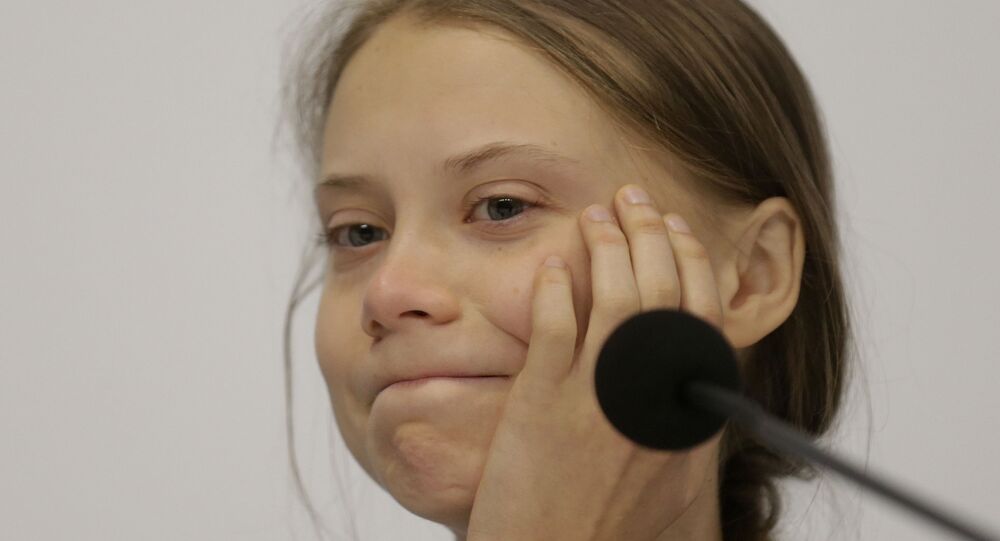 An article in the Chinese newspaper China Daily slammed the teenage activist for her "double standards" after she said climate change issue cannot be solved unless Beijing "drastically changes course."

Greta Thunberg has taken to Twitter to call out Chinese media outlet China Daily for "fat shaming" her, adding that it was “a pretty weird experience.”

​The article in question pokes fun at the vociferous activist – known for her stark criticism of world powers for failing to do more in the fight against climate change – about her own "carbon emissions."

"Although she claims to be vegan, judging from the results of her growth, her carbon emissions are actually not small," writes the author of the piece, Tan Ge.

The writer says Thunberg doesn't deserve her popularity, questions her record in the fight against climate change, and bashes the BBC for making a documentary portraying the activist as an “environmental protection saint with a pious voice.”

"The princess has never planted a tree or planted a piece of grass in the desert. Instead, she ran around. She held a lot of protest placards, which polluted the environment."

Moreover, the article slams the 18-year-old for what it calls “double standards,” saying she turns a blind eye to American and European lifestyles, those “that pollute the Earth the most,” all the while criticising China.

It comes as Thunberg tweeted an article claiming that in 2019 China’s carbon emissions were greater than all developed countries combined.

​"We can't solve the climate crisis unless China drastically changes course," she stressed.

The teenager, who rose to prominence thanks to her fiery climate-related UN speech in 2019, is no stranger to controversy: she's mocked top politicians including ex-POTUS Donald Trump and British Prime Minister BoJo in response to their remarks about climate issues and her activism.