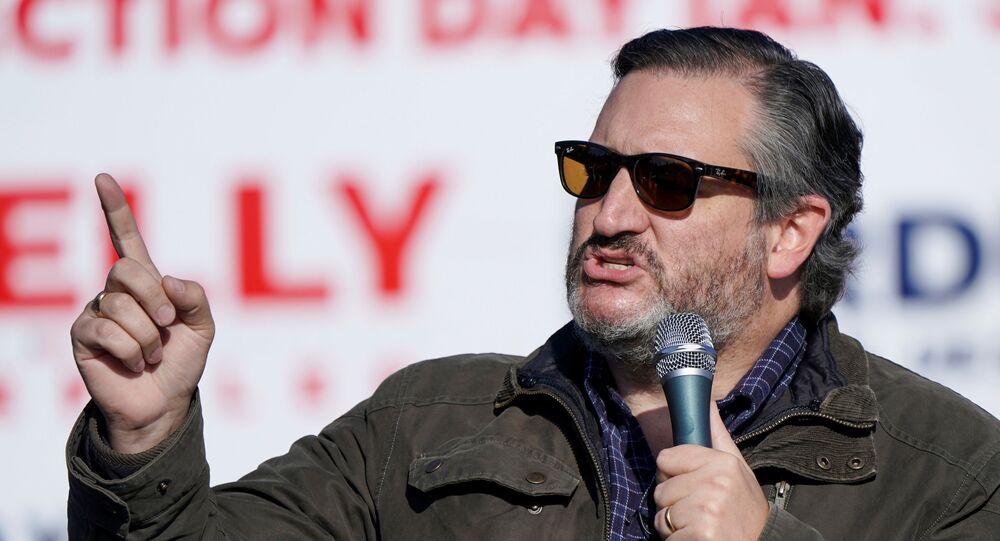 The US Army earlier released a new "woke" animated recruitment ad which depicts the diverse stories of five different service members, triggering a swift online response, with critics slamming the "joke" of an ad as potentially undermining confidence in the strength of the American military.

Senate Foreign Affairs Committee member Ted Cruz (R-Texas) has riled against "ridiculous" attempts by the Democrats and left-wing bureaucrats to inject "woke-ism" into the US Army in a new recruitment ad.

Speaking to Fox News on Friday, Cruz reiterated his earlier comments, made in the wake of backlash after the US Army rolled out its promotional cartoon series "The Calling", featuring diverse characters, some of whom revealed an LGBTQ background.

“Look, it's ridiculous, and the men and women of our military, our soldiers and sailors and airmen and Marines are the toughest, most ferocious, and effective fighting force on the face of the planet… And what we're seeing is Democratic politicians and these woke lefty bureaucrats and lefty media reporters trying to destroy the American military, trying to turn it into, frankly, a bunch of pansies”, stated Cruz.

The ad, which came after a similar CIA recruitment video that focused on diversity rather than professional achievement, immediately received criticism from some for being "woke".

Critics ridiculed the "joke" of an ad as capable of eroding confidence in the strength of the US military.
Furthermore, others on social media posted comparisons with the Russian military's recruitment messages.

We are so doomed https://t.co/46QLKNzBlP

The 4 May video resurfaced on social media on 20 May, with a user posting a side-by-side comparison of the US Army ad with the Russian military's. The latter showed masculine soldiers exercising and conducting military drills, while the edited outtake from the US Army's video showed recruits sharing emotional accounts of being "raised by two moms" or "growing up gay".

Media Research Center's Dan Gainor captioned the post with the sarcastic message "We are so doomed".

“The job of the military is to kill the bad guys. And it is to strike fear in the enemies of America. People sign up to join the military because they want to keep us safe, they don't want to sit around a circle, emoting and passing daisies back and forth”, continued an outraged Cruz.

He underscored that what the Democrats and the media were doing was “profoundly dangerous” and “disrespectful”.

“Look, I view this ad hand in hand with the recruiting videos for the CIA, which likewise has people, you know, sharing basically with their therapist about their anxiety disorder. I don't need James Bond or Jason Bourne to have an anxiety disorder. I need him to be able to find out who the terrorists are that want to kill us so that we can kill them before they kill us”, the Texas senator seethed.

On Thursday, the comparison clip of the recruitment ads of the two countries went viral, with Ted Cruz captioning his Twitter post with the suggestion that a “woke… emasculated military” was probably not the “best idea”.

​Social media users were divided, though, with some attacking Cruz for sharing "Russian propaganda videos", while others supported his stance.

Shortly before this, a CIA ad video was blasted by some netizens for being "woke" and celebrating diversity rather than professional achievements of law enforcement and the military.