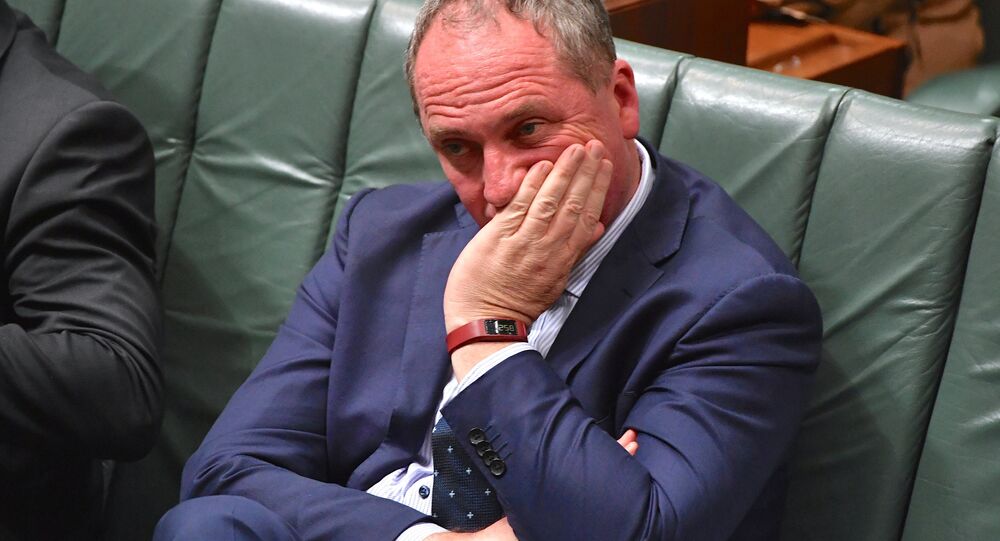 The escalation in the Israeli-Palestinian conflict has claimed at least 12 lives in Israel and another 240 in Gaza, with IDF jets attacking Hamas positions in the enclave, while the militants fired over 4,000 rockets towards the Jewish state before a ceasefire was struck this week.

Australian MP and former Deputy PM Barnaby Joyce has stirred up a major controversy after saying that he does not care about the recent escalation in Gaza, comparing the conflict between Israelis and Palestinians to "someone else's turd in my toilet".

"I don't want their problems in our streets, whether it is Catholic-Protestants, a Yugoslav issue or Sudan issue, that's on the other side of the world. We have enough problems closer to home", the politician said during a Q&A session on Thursday.

"We have problems in West Papua and Bougainville. I don't think anything is worth a drop of human blood. When people fire the first shot, they lose the argument".

He stressed that there is no sense for Canberra to get involved in that conflict.

"And what do we say? If I get engrossed in Palestinian-Israeli politics, and I take my mind off here profanely, but you say things with resonance to remember them. I don't care. I don't want to see someone else's turd in my toilet. And if you come to our country, flush it", Joyce noted.

When asked by TV host Hamish McDonald if he considers his statement disrespectful, the MP said neither side would "give a flying toss about what Australia thinks".

"What do I do? What exactly do I do? Do we go over there and say to [Israeli PM] Benjamin Netanyahu 'Stop'? Everybody is saying that. Do we go to Hamas and try to explain to people that they've got to stop sending missiles randomly into people's neighbourhoods to kill them? What is exactly my role?' The trouble is, Hamish, they just don't listen. This is a conflict that's been going for as long as you and I, probably back 1,000 years, probably past", he concluded.

The recent round of hostilities began after a decision by an Israeli court to evict several Palestinian families from their homes in East Jerusalem. This resulted in mass clashes in the city, and then came an escalation on the Gaza border, resulting in hundreds of deaths.