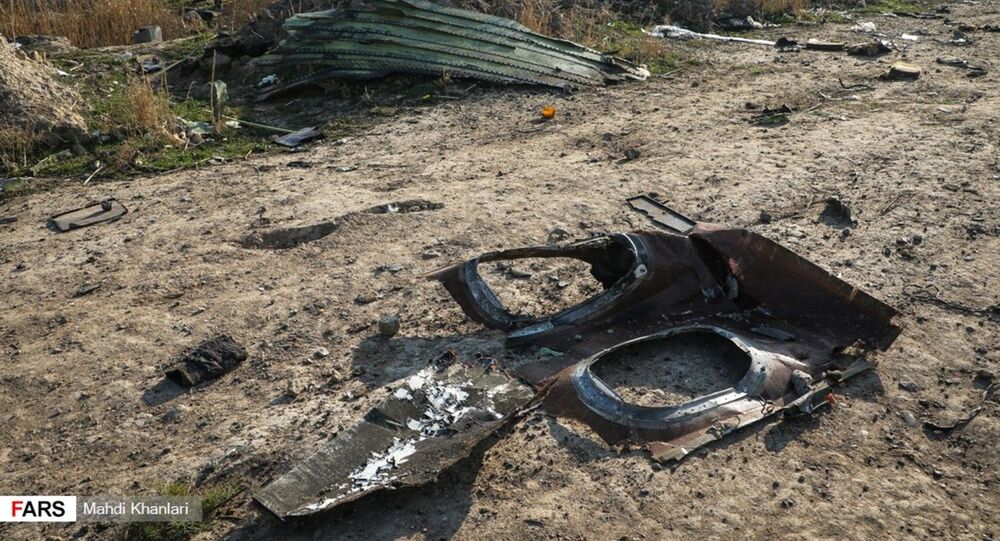 TORONTO (Sputnik) - Iran deliberately shot down Ukrainian International Airlines flight 752, making the incident an act of terrorism under the Criminal Code of Canada, the Ontario Superior Court of Justice ruled.

Flight PS752 crashed shortly after takeoff from Tehran’s international airport on January 8, 2020, after being shot down by the Iranian military. The incident claimed the lives of all 167 passengers - mostly Canadian and Iranian passengers - and nine Ukrainian crew members.

“I find on a balance of probabilities that the missile attacks on Flight 752 were intentional and directly caused the deaths of all onboard," Justice Edward Belobaba said in his decision issued on Thursday.

The judge ruled that the plaintiffs, a group of families of the victims of the crash, had established that Iranian authorities committed an act of terrorism under Canada’s State Immunity Act (SIA), Justice for Victims of Terrorism Act (JVTA) and criminal code.

Tehran has fervently rejected allegation of a deliberate attack on the passenger jet, with Iran’s Civil Aviation Organization concluding last month that PS752 was brought down inadvertently by an Iranian missile after being mistaken for a hostile target amid confrontation with the United States.

The Iranian military said it was on high alert at the time of the accident, which happened hours after it fired missiles at two US bases in Iraq in retaliation for the drone strike that killed top Iranian general Qasem Soleimani.

However, in his decision, Belobaba rejected this assertion, saying that on the balance of probabilities there was no armed conflict in the region at the time of the downing.

The justice also ordered Iran to compensate the plaintiffs for legal costs.

The employment of the SIA means that Iran will no longer be protected by state immunity, allowing the families of the victims to pursue civil recourse against Tehran. Official Ottawa and Kiev have also strongly hinted at taking Iran to the International Court of Justice over the downing.

Iranian officials have not publicly responded to the ruling.

Along with the Iranian Civil Aviation Organization’s final report, Tehran has also charged several unnamed military officials for their role in the deadly incident. However, Canada and Ukraine have rejected the report’s findings and have expressed doubt that Iran would hold anyone to account for the downing.