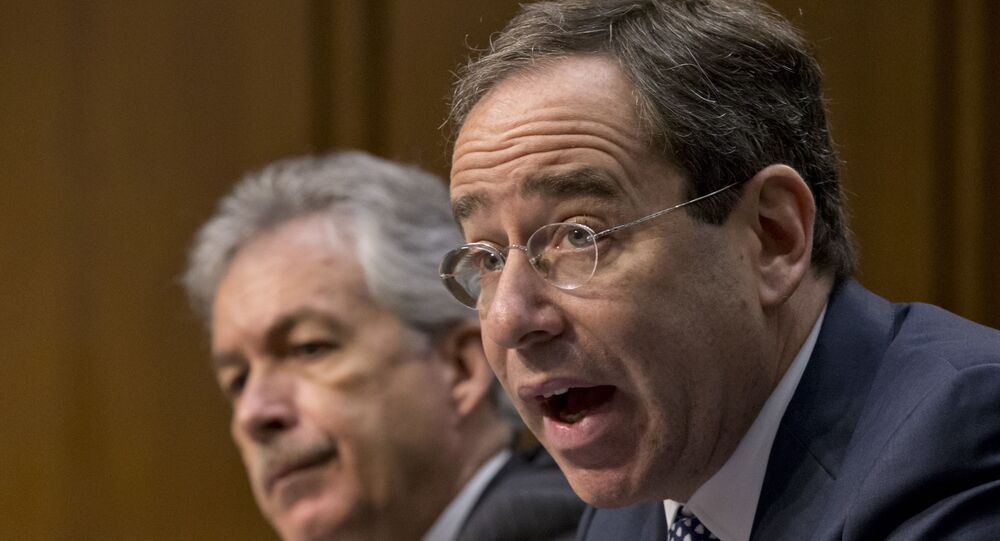 The Biden administration has taken a hands-off approach to the escalation of conflict between Israel and Hamas, only recently issuing a stern warning that was promptly brushed off by Israel. Members of Congress and policy experts have criticized Biden for failing to appoint an ambassador to Israel to gauge the situation in Gaza from the ground.

US President Joe Biden is reportedly inching his way closer to picking his next ambassador to Israel, a position which has been empty since Biden took office over 100 days ago. A decision is expected this week.

Citing unidentified sources, Axios reported on Thursday that Thomas Nides, a former deputy secretary of state under the Obama administration, has been pinpointed as the one most likely to be chosen for the job.

Aaron David Miller, a senior fellow at the Carnegie Endowment for International Peace, approves of the expected appointment, according to the Jewish Insider.

“He went with a very smart, politically well-connected individual with plenty of government experience,” Miller said. “A guy who has a real pro-Israeli sensibility, but also, I think is capable of the kind of detachment that is critically important to finding the balance in the US-Israel relationship between protecting Israel’s interests and protecting ours.”

Nides is the managing director and vice chairman of Morgan Stanley, and has served on the executive board of multiple financial institutions, including Credit Suisse Group and Burson-Marsteller.

Under the Obama administration, Nides oversaw the approval of a loan extension for Israel worth billions of dollars. Additionally, he has built a network establishment with several Israeli officials.

Nides has also fought against policies related to providing citizenship to Palestinians and their descendants who were displaced by the creation of Israel in 1948.

According to the Times of Israel, he carried out Obama’s policy against congressional efforts to limit US support for the UN Relief and Works Agency for Palestine Refugees (UNWRA) and the United Nations Educational, Scientific and Cultural Organization (UNESCO), arguing that the UN was needed to spread information about the Holocaust.

Nides has also been reported as having been considered by former Secretary of State Hillary Clinton as a candidate for White House chief of staff had she won the 2016 presidential election.

However, in the meantime, US Secretary of State Tony Blinken has plans to send senior diplomat Michael Ratney to Jerusalem to serve as acting ambassador in acknowledgement of the current conflict in Gaza, sources told Axios. Ratney, who is likely to arrive in the region on June 1, will reportedly provide a high-profile experienced back-up until an ambassador is selected.

Other Candidates Up for Top Diplomat Positions

Cindy McCain, the widow of former Sen. John McCain (R-AR), is reportedly set to serve as envoy to the World Food Program, and is also up for Israeli ambassadorship, according to the Jerusalem Post.

The Post report also mentions major Biden donor Michael Adler, who initially sought the position of ambassador to Israel, but has been cited for ambassador to Belgium.

Former Chicago Mayor Rahm Emanuel is also expected to serve as the US ambassador to Japan, whereas Comcast executive David Cohen may take on the role of envoy to Canada. Former US envoy to Romania Mark Gitenstein may reportedly take on the European Union ambassador post.