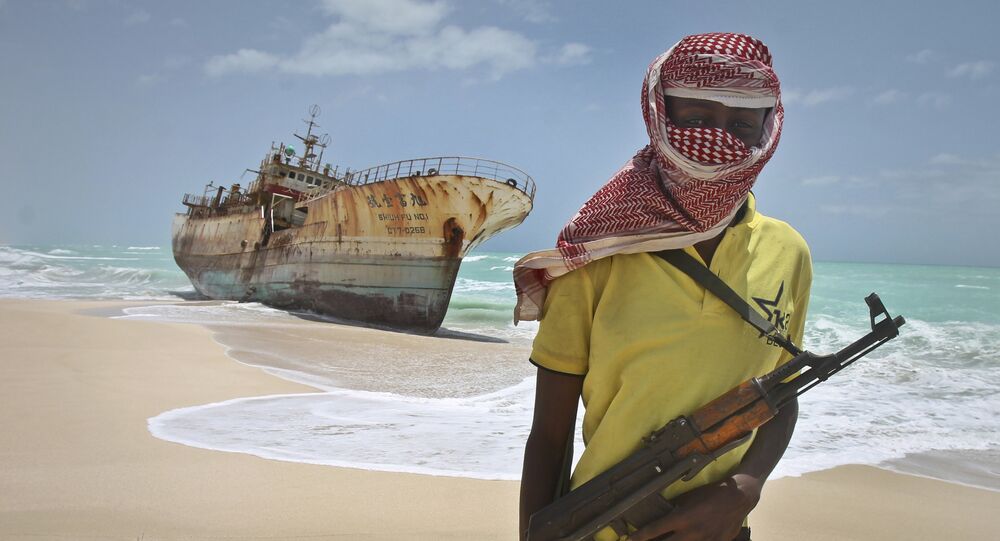 Earlier, maritime security company Dryad Global said that pirates had attacked the Atlantic Princess fishing vessel off the coast of Ghana and abducted five crew members, including a Russian citizen.

"We are in the process, we are establishing contacts with a Ghanaian fishing company called Pioneer Food Cannery, in contact with the foreign ministry," the ambassador said, announcing plans to also meet with the Korean ambassador in Ghana, since the captain of the vessel is a Korean citizen.

© AP Photo / CHRISTINE NESBITT
Sailors Kidnapped by Pirates in Gulf of Guinea in March Were Released, Ship Owner Says
The incident, as reported by the portal, occurred on Wednesday at 19.30 UTC (17.30 GMT) 65 nautical miles south of the city of Tema. According to him, five armed men boarded the ship and took control of it. As the portal notes, the pirates sailed south for a distance of about 100 nautical miles, after which they left the ship.

In the Gulf of Guinea, pirate attacks on tankers from different countries occur quite often, this region is considered dangerous for sailors.