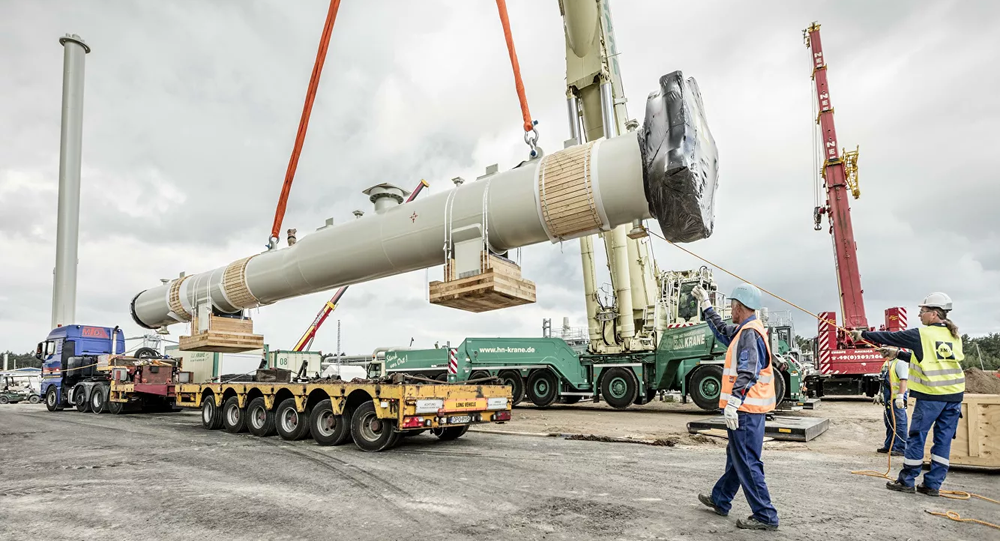 BERLIN (Sputnik) - Michael Kretschmer, the minister president of the German state of Saxony, on Thursday welcomed the waiver of some sanctions against the Nord Stream 2 gas pipeline by the United States and called for the project to be completed as soon as possible.

The administration of US President Joe Biden announced on Wednesday that it would waive sanctions on the Swiss-based Nord Stream 2 AG and its chief executive Matthias Warnig. Berlin, which repeatedly called out Washington's attempts to disrupt the pipeline’s construction, has welcomed the move.

"This is good. Nord Stream 2 meets the interests of Germany, [and] the project should be swiftly completed," Kretschmer tweeted.

© Sputnik / Yekaterina Solovieva
German Lawmaker Says US Conceded It Cannot Stop Nord Stream 2 Construction
The Nord Stream 2 project aims to lay a 745-mile-long offshore twin pipeline that will carry up to 1.9 trillion cubic feet of gas per year from Russia to Germany through the territorial waters or exclusive economic zones of Denmark, Finland, Germany, Russia and Sweden.

The United States initiated sanctions against the project in 2019, prompting Swiss pipelay company Allseas to withdraw from the project. After a one-year hiatus, the construction was resumed in December 2020 by Russian pipe-laying vessel Fortuna, which was joined by another pipe layer Akademik Cherskiy in late April.