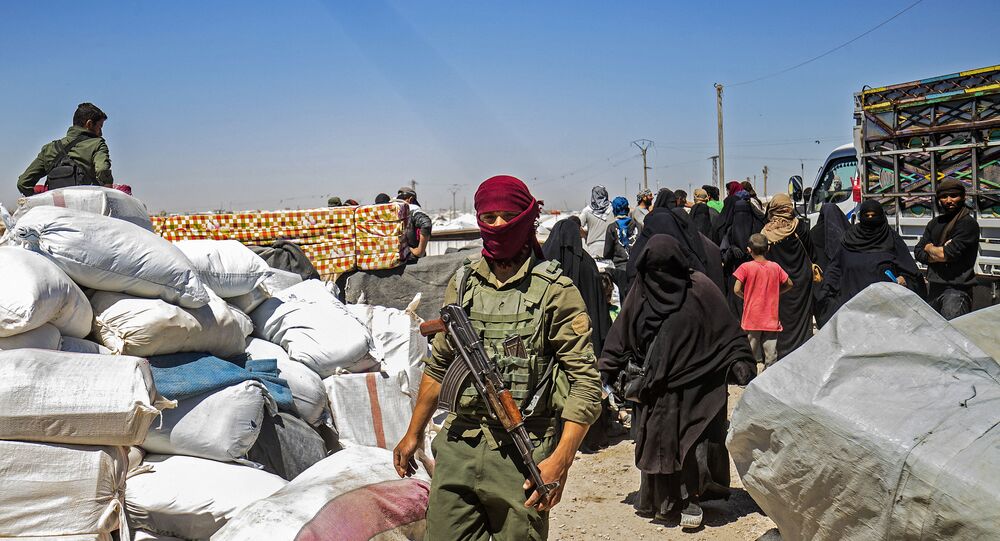 WASHINGTON(Sputnik) - Several senior US officials have visited northeastern Syria on Sunday where they held meetings with the Syrian Kurds and Coalition counterparts to discuss cooperation and humanitarian assistance, the US State Department revealed in a release.

“The Acting Assistant Secretary underscored the U.S. commitment to cooperation and coordination in the Coalition to Defeat ISIS, continued stability in northeast Syria, and the delivery of stabilisation assistance to liberated areas to ensure the enduring defeat of ISIS*.”

“[Hood] reiterated that the United States will continue to be a leader in the Syrian humanitarian response while working with like-minded countries to ensure the reauthorisation of cross-border assistance into Syria,” the release added.

Rear Adm. Alexander Karpov, the deputy head of the Russian Defense Ministry's Center for Reconciliation of Opposing Sides in Syria, said earlier in May that the US-led coalition has intensified airborne shipments of military cargo and movement of military equipment by land in eastern Syria.

*Daesh (also known as ISIS/ISIL/IS) is a terrorist organisation outlawed in Russia and many other states.