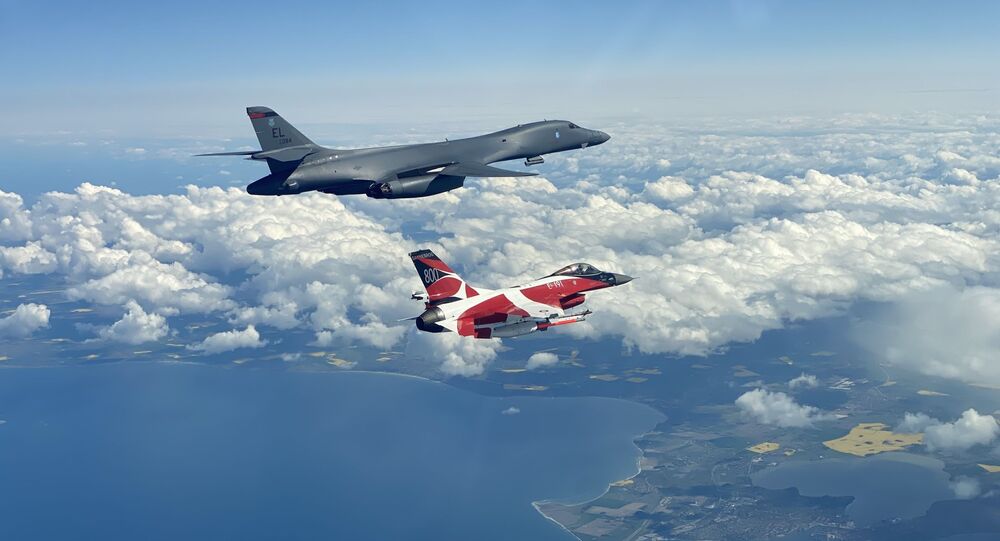 MINSK (Sputnik) - NATO air forces are most likely practising strikes against Belarus and Russia during their demonstration flights in the region, Maj. Gen. Igor Korol, the first deputy chief of the general staff of the Belarusian armed forces, said on Sunday.

"Unfortunately, demonstration flights of NATO strategic bomber aircraft, particularly [those of] the United States, have become more frequent. This year, nine such flights were carried out over adjacent territory. And we can say with great probability that during these demonstration flights, among other things, options for striking both Belarus and Russia are being practised," Korol told the CTV broadcaster.

According to the military, Belarus records over 30 flights of NATO reconnaissance aircraft, including drones, per week.