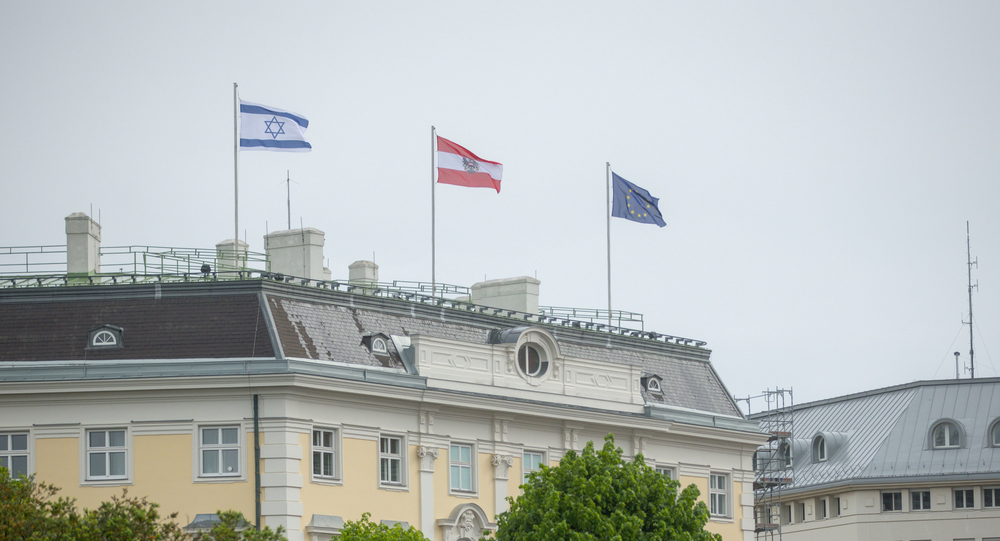 The Austrian Foreign Ministry expressed “regret” over the Iranian foreign minister's decision. Austria’s government raised Israeli flags over the Chancellor’s Office building and the Foreign Ministry “in solidarity with” Tel Aviv over a series of rocket attacks against Israel from the Gaza Strip.

Zarif had planned to visit Vienna for talks with Foreign Minister Alexander Schallenberg, but cancelled the trip at the last minute in protest over the flags.

The Austrian Foreign Ministry expressed “regret” over the decision. “We regret this and take note of it, but for us it is as clear as day that when Hamas fires more than 2,000 rockets at civilian targets in Israel then we will not remain silent,” a spokesperson said.

Austrian Chancellor Sebastian Kurz ordered the flying of Israeli flags over the Chancellery and Foreign Ministry buildings to express Vienna’s “solidarity” with Israel, tweeting that “the terrorist attacks on Israel have to be condemned in the strongest way” and stressing that Vienna “stands by Israel’s side”.

FM #Schallenberg: „In the face of relentless rocket attacks on #Israel, we stand in solidarity with our Israeli partners. That is why we raised the 🇮🇱 flag at the MFA in Vienna today. Our support for Israel‘s security is unwavering.“ pic.twitter.com/TpUTYO2kSC

Abbas Araghchi, Iran’s chief negotiator in the ongoing Iran nuclear deal talks, blasted the move, tweeting late Friday that it was “shocking and painful to see the flag of the occupying regime, that brutally killed tens of innocent civilians, including many children in just a few days, over government offices in Vienna”.

Vienna is the seat of IAEA & UN, and 🇦🇹 so far been a great host for negotiations. Shocking & painful to see flag of the occupying regime, that brutally killed tens of innocent civilians, inc many children in just few days, over govt offices in Vienna. We stand with Palestine 🇵🇸

The diplomatic spat comes in the wake of the most serious security crisis in Israel in years, with weeks of protests in Jerusalem over Israeli authorities’ move to block off access to the Al-Aqsa Mosque escalating into violence, including riots, inter-ethnic clashes, arson attacks, shootings and confrontations between security forces and Arab-Israeli protesters. The unrest escalated after Hamas militants in the Gaza Strip began firing hundreds of rockets into Israel, with Tel Aviv responding with airstrikes and threatening a ground invasion.

The violence has led to the deaths of at least 126 civilians and 20 militants in Gaza, with 16 Palestinians killed in protests in East Jerusalem and the West Bank. Seven civilians in Israel and one Israeli soldier were also killed in the violence. According to the Red Crescent, over 1,330 Palestinians have been injured in the clashes in the occupied territories to date.