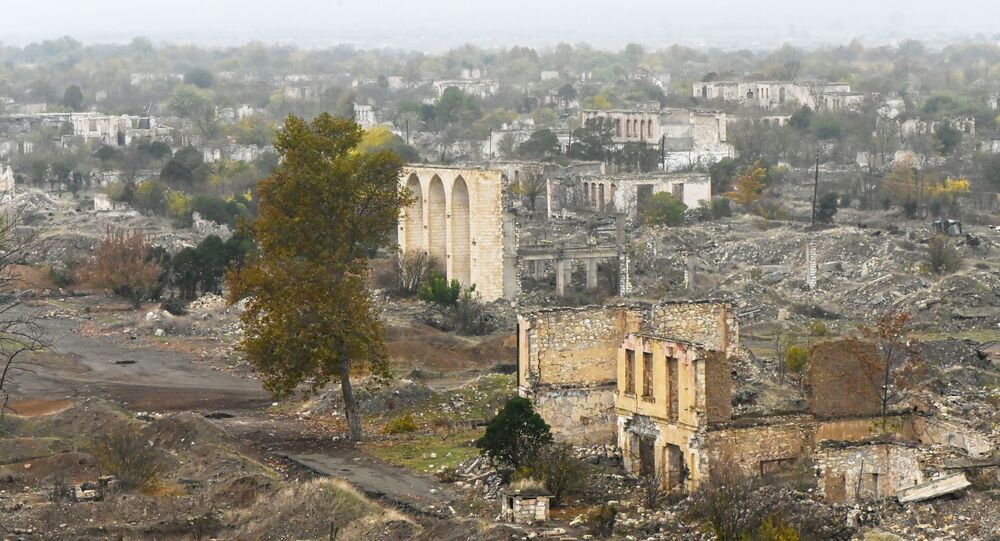 US Expects Azerbaijan to Pull Back Forces From Armenian Territory, State Department Says

WASHINGTON (Sputnik) – The US is closely monitoring the situation on the border between Armenia and Azerbaijan and expects Baku to withdraw its military forces from the bordering region, the State Department Deputy Spokesperson Jalina Porter said on Friday.

“We are closely monitoring the situation along the demarcated border between Armenia and Azerbaijan. Military movements in disputed territories are irresponsible and they're also unnecessarily provocative. We’ve seen the reports of some withdrawal and would welcome if it confirms that we expect that Azerbaijan to pull back all forces... We've also urged both sides to approach demarcation issues through discussion as well as negotiation,” Porter said during a briefing.

Earlier in the day, Armenian acting Prime Minister Nikol Pashinyan said that he wrote a letter to Russian President Vladimir Putin to seek Moscow’s help, including military assistance, over the tense situation in the Syunik region that borders Azerbaijan.

Pashinyan also said that France was ready, within the framework of the UN mandate, to provide military assistance to international efforts in resolving the problem in the Syunik region.