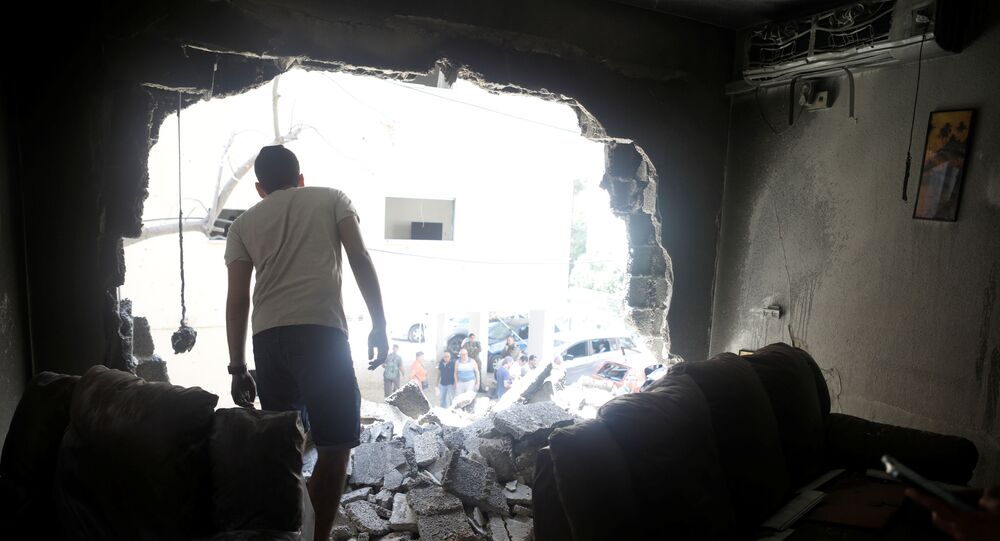 Gaza health officials have reported that at least 103 people - including 27 children - have been killed amid airstrikes between militants and the Israel Defense Force (IDF). The Israeli military has claimed some 1,750 rockets have been launched from the Gaza strip, resulting in the deaths of at least seven people - including one IDF serviceman.

The US Department of State on Thursday issued separate travel advisories for Israel and the West Bank, urging those in the states to reconsider potential plans to visit the embattled areas.

"Exercise increased caution in Israel due to COVID-19, travel restrictions, and quarantine procedures instituted by the Government of Israel," the memo read.

As for Gaza, the department declared that Americans should not travel to the area due to "terrorism, civil unrest, and armed conflict." The State Department highlighted that the Palestinian Authority has implemented a number of COVID-19-related restrictions and quarantine procedures.

"Rockets continue to impact the Gaza periphery and areas across Southern and Central Israel, including Jerusalem," the advisory detailed.

Travelers were also warned that there has been an uptick in crime and protest-related violence in Israel, including recent acts of "vandalism, rock throwing, burning of vehicles, and attacks on passersby."

"The security environment within Gaza and on its borders is dangerous and volatile," the memo read. "Sporadic mortar and rocket fire and corresponding Israeli military responses continue to occur."

These travel advisories come at a time when US President Joe Biden, as well as his administration, have faced backlash for commentary perceived to be pro-Israel and anti-Palestine.

More than 100 progressive organizations and 25 members of Congress called on the US president to speak out against Israeli government policies that they believe amount to war crimes against the Palestinian community.

Twenty-five members of Congress have joined over a hundred organizations today in calling on the Biden administration to respond to the horrific human rights abuses we're seeing by upholding the dignity and human rights of the Palestinian people," said Yasmine Taeb, a human rights attorney and progressive activist.

"The Biden administration has said that it's going to respect human rights around the world and Israel should be no exception," Taeb emphasized.