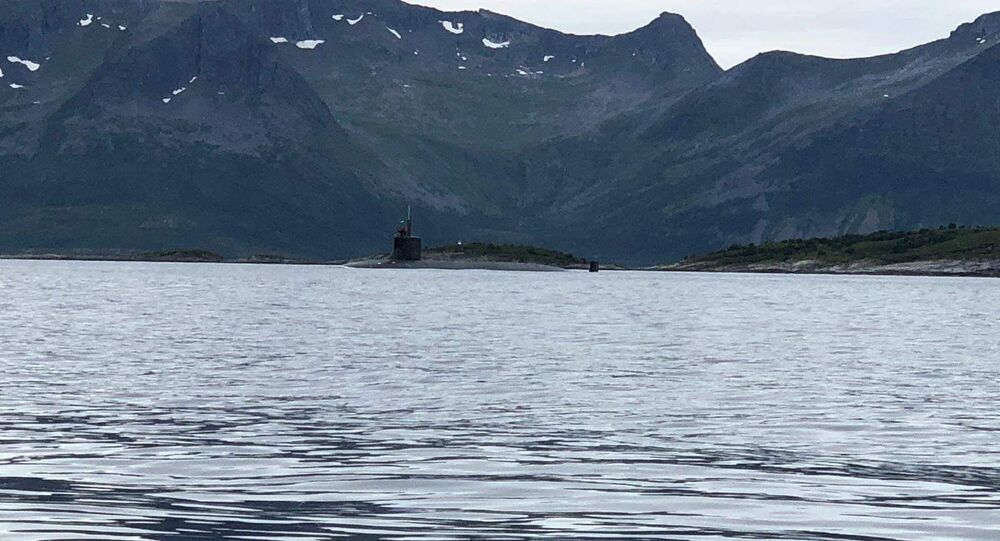 On Monday, a US submarine was allowed entry to the Norwegian port city of Tromso for the first time. The manoeuvre was met with protests by locals fearing that the city could become a target in case of a war.

Moscow is concerned about the recent entry of a US submarine into the Norwegian port of Tromso not far from the country's border with Russia, Russian Foreign Ministry spokesperson Maria Zakharova said at a press briefing on Thursday.

The ministry's representative added that Oslo's attempts to pander to its NATO partners by militarising the Arctic and heightening tensions in an otherwise peaceful region is deplorable.

Moscow is baffled by Oslo's belief that the presence of submarines, capable of carrying nuclear warheads, could contribute to stability, Zakharova said, adding that even the Norwegian people themselves are not buying the government's assurances that underwater vessels entering the country have no nuclear weapons on board.

Meanwhile, Commander of Russia's Northern Fleet, Adm. Alexander Moiseyev, said on Thursday that the United States views Norway as its main foothold in the Arctic. According to the admiral, Oslo is contributing to the expansion of NATO's military presence in the region, which increases the possibility of conflict in the Arctic.

Earlier this week, the USS New Mexico nuclear submarine entered the city of Tromso, making it the first such vessel to enter Norway in over a decade.

In April, Washington and Oslo concluded a revised agreement to allow the US military to establish its own facilities on Norwegian soil. Moscow has repeatedly warned against increased military activity in the region.