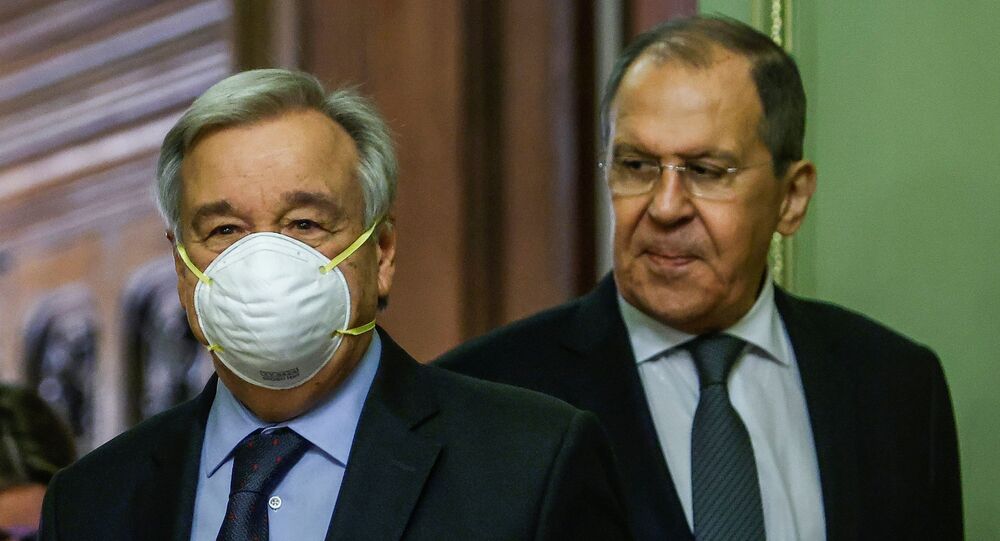 MOSCOW (Sputnik) - UN Secretary-General Antonio Guterres announced his readiness to resume the work of the Middle East Quartet of international mediators to resolve the conflict in the region.

"We are totally committed to revitalizing the Quartet, we are totally committed to promote all forms of dialogue by the parties and by other key actors that can be supportive of all the measures necessary for de-escalation, but also for revitalization of the peace process that has been dormant for too much time," Guterres said following talks with Russian Foreign Minister Sergey Lavrov in Moscow.

The UN Secretary-General said that the resumption of the peace process was extremely urgent, because this was the only way to resolve the situation.

The parties to the negotiations need to stick to a two-state solution that will lead to harmony and peace between the two sides of the conflict, he added.

Russian Foreign Minister Sergey Lavrov said that he had discussed in detail the Middle East problem with Guterres and said that the most urgent task in the current situation in the region was to convene a "quartet" of international mediators.

According to Lavrov, this is easier to do than to gather in other formats, with a wider number of participants.

"People are dying on both sides, unilateral actions continue, which the UN Security Council and the Quartet of international mediators have repeatedly called to avoid. Today, in my opinion, we have come to a common opinion that the most urgent task is to convene a Quartet of international mediators — Russia, the United States, the UN, the EU," Lavrov said after talks with the UN chief.

He noted that "we trust the Secretary-General, as the coordinator of the Quartet, to try to organize such a meeting as quickly as possible in his work with the parties."

"We said that it is desirable to hold this meeting at the level of foreign ministers," Lavrov added.

"I hope that the Secretary-General with his experience and diplomatic skill will be able to create the necessary conditions for this," he stressed.