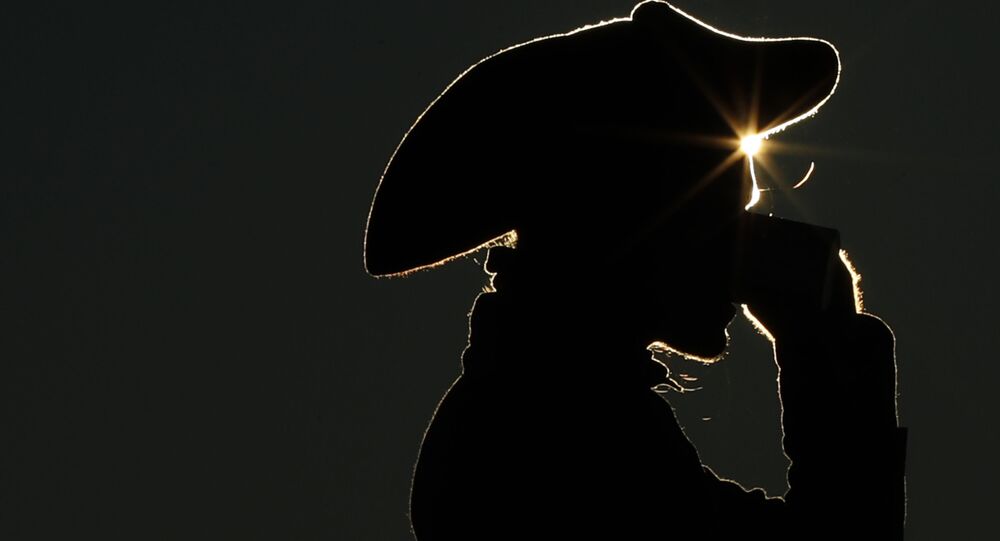 The final days of France’s former emperor Napoleon Bonaparte might not have been as glorious as his military campaigns – the key man of the French Revolution reportedly suffered from a number of health issues at the time of his death on Saint Helena island in May 1821.

Napoleon Bonaparte was a serious fan of perfume, nearly drowning himself in two to three bottles of Eau De Cologne per day for many years, biographers have recalled. But the guilty pleasure was not the one to be blamed for his two exiles – although some may argue that the odour around the military general was pretty strong – but for his death, according to Professor Parvez Haris from De Montfort University Leicester (DMU).

In a new research marking the 200th anniversary of the emperor’s passing, Haris argues that Napoleon has “overdosed” himself with essential oils contained in his favourite cologne, which he had applied in crazy levels, leading to severe health issues and effectively death from a tumour.

"There is no doubt in my view that Eau de Cologne was the main poison although co-exposure to other chemicals, including arsenic, must have contributed towards his ill health and ultimately his death  from gastric cancer,” Professor Haris explains, as quoted in the DMU’s press release.

According to Haris, who is a fellow of the Royal Society of Chemistry, his belief in the toxicity of the essential oils is supported by several researchers who argue that the concentrated liquids can become some real “endocrine disruptors” affecting hormones. This in turn may lead to various disorders, including the swelling of breast tissue for men (so-called gynecomastia) or tumours.

Haris says there is evidence that Napoleon had suffered from a growing-breasts problem, as well as reportedly had a hairless body, and was prone to seizures. The professor believes that all of these factors prove the argument – despite a bunch of conspiracy theories claiming the military general was killed by arsenic, it is possible that Napoleon has “slowly poisoned himself” with his uncontrolled love for perfume.

© AP Photo
Napoleon Bonaparte, emperor, statesman and military leader of France, is depicted in this portrait by French painter Paul Delaroche
“For Napoleon Eau de Cologne was a double-edged sword. It saved him during his campaigns and travels but it ultimately killed him due to overdosing himself over several decades,” Professor Haris explains, referring to the perfume’s power of antiseptic due to alcohol contained in it.

“Investigators have really missed the elephant in the room with the death of Napoleon. Many point to samples of Napoleon’s hair taken while he was still alive which had high levels of arsenic. But this theory has now been refuted since most people during Napoleon’s era had high levels of arsenic in their systems because of the arsenic containing medications and cosmetics they were using,” the biomedical expert maintains.

But Napoleon was not only “bathing his body” in cologne for at least 20 years, becoming “a great promoter” for its commercial production which began in 1792. The general also used to drink orange blossom water with some essential oil in it, Harris says, apparently missing  juices from citrus fruits which his native Corsica was famous for.

But the man really did not know the limits when it came to the perfume, usually ordering between 36 and 40 bottles of the magic liquid, according to historical data.

“He took bottles with him during his military campaigns.  Records show he was going through two to three bottles a day when, even now, people may use a bottle a year!” the researcher argues.

“It seems he was either not aware of, or did not care about, the famous dictum of the 16th century physician Paracelsus who stated that ‘What is there that is not poison? All things are poison and nothing is without poison. Solely the dose determines that a thing is not a poison’.”

Napoleon Bonaparte died on 5 May 1821 on Saint Helena island where he was exiled after losing the Battle of Waterloo. The health of the former emperor had significantly deteriorated in the last months of his life, with gastric cancer eventually determined as a primary cause of his death.